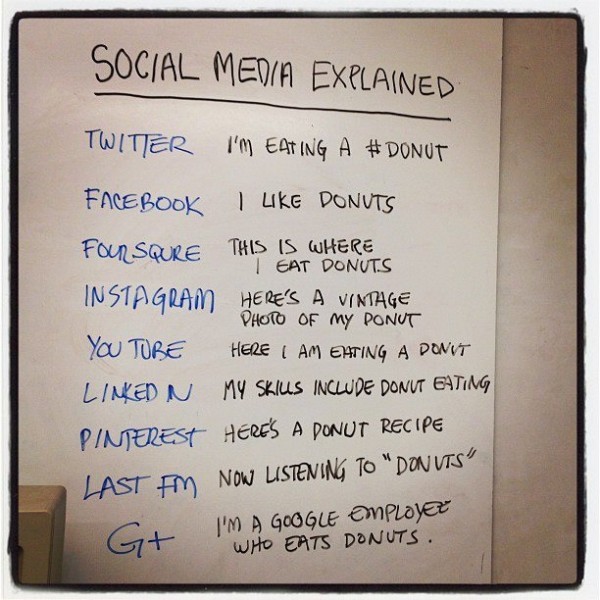 They posted a blog

As you can see, in plain and quite amusing language, using donut examples, it explains the different types of social media.

And it has gone viral.

And thousands have retweeted it in a few days.

This Ford Fiesta campaign resulted in: 5 million social media shares, 11,000 videos and 50,000 people said they wanted to know more about the Fiesta when it came out. 97% of these people didn’t currently drive a Ford.

And this one from the 2012 Super Bowl – The Dog Strikes Back for Volkswagen: The biggest viral ad from the Super Bowl so far – 8 million views, 25,000 likes, countless embeds on websites and blogs, huge numbers of shares through Facebook, Twitter and other social media channels and all this in a matter of days!

Okay everyone, back to work.