I was on a flight between Hong Kong and Doha and the guy I was sitting next to was the Professor of Cultural Studies at Jeddah University. We were talking about how you define culture and he showed me the video below about the Five Monkeys Experiment.

His point being that culture and especially corporate culture is defined and often practiced with little or no understanding or reason why. I have posted a story in the past that says that this approach meant that the size of the Space Shuttle booster rocket was determined by the width of two horses arses.

Later I was reading the Anecdote blog (Shawn Callahan and his colleagues regularly guest blog here) and I saw this post by Mark Schenk titled “That’s how we do it” with a “Lamb Roast” story that helps distinguish between mindless cultural practice and practical considerations.

The interesting thing is that technology is driving change, especially in marketing. The access to Big Data, the rise of social networking, the impact on publishing and media generally and the empowerment of the consumer require marketers to rethink their approach to market.

Many of the traditional strategies are becoming less effective and we have seen reports on the death of traditional marketing. In the face of this change many marketers are challenged by the pace of this change. But when they turn to their agencies the creativity they often find is usually expressed almost exclusively through the creative concepts they provide.

The opportunity to innovate the strategy and creative and production process, increase collaboration and develop more value based remuneration is largely overlooked. When was the last time you heard of a huge innovation in the way advertising agencies did business?

In fact when we engage agencies in discussions on implementing new ways of doing business,  such as new remuneration models or structures or business processes, the excuse is often “That is not how we do it here”.

Interestingly, the “creative” department (anachronistic in itself) is regularly used as the reason why change would be counter productive. In one case an agency Group Account Director told the marketer and our client that “If you insist on making the changes recommended by TrinityP3, you are at risk of compromising the creative magic”.

If this is to be believed, the supposedly innovative and creative area of the agency is also the most conservative outside of their core competency of generating “novelty and creative communications ideas”.

It is no wonder that increasingly marketers are turning to technology companies and digital media companies like Facebook and Google and the rest for broader innovation and ideas on a business and marketing level.

It is also why advertisers are turning to SXSW to see where the market is going and why interest in ‘navel gazing’ creative awards continues to wane amongst everyone but the agencies themselves or the marketer groupies who support the awards. With most creative advertising awards only recognising the novelty of a communications idea or execution.

A prime example of the lack of innovation in business strategy, structure and process is the fact that:

What do you think? Let me know if I am being too harsh by leaving some examples of business innovation you have seen in agencies, where they have not been forced to adopt it by the economy or the client. 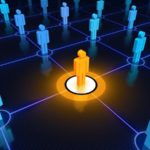 Of the 3 types of collaboration, which type do you need? 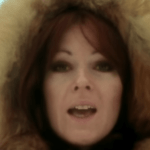 Breaking up (with your agency) is never easy I know