The good, bad, bizarre and unknown of Mergers and Acquisitions

So Apple just inked its acquisition of Beats Electronics for a whopping $3 billion.

Some argue the deal is pricey – even for Apple – given Beats headphones rail against Apple’s sleek design ethic. Others argue it gives Apple the opportunity to build a ready-made music subscription service, revitalising their music download business.

Time will tell whether the deal is good, bad, or bizarre for Apple to complete, but it got me thinking about mergers and acquisitions that have already made their marks on history in a variety of categories.

Here are my picks for the good, bad, bizarre and – like Apple’s acquisition of Beats – unknown:

So when it comes to Apple and Beats – there’s a long list of successful, unsuccessful and bizarre mergers and acquisitions in recent memory. But for now, it must fall into the “unknown” category until Apple’s Beats hit the streets.

What innovative, brave or bizarre acquisitions or mergers have caught your attention? 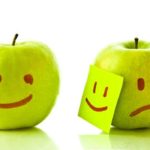 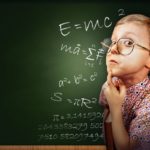