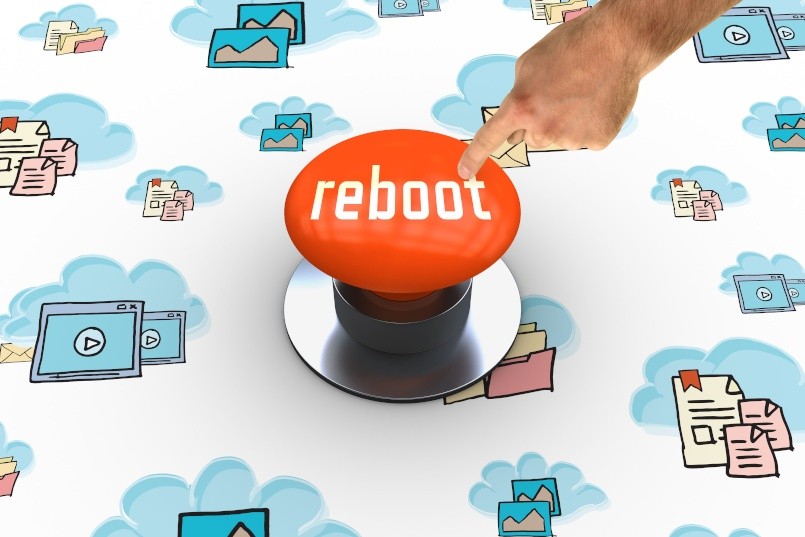 The technology supporting programmatic continues to evolve and create new opportunities for advertisers to engage with consumers and drive value across the world wide web. However, for many reasons, a significant number of advertisers are not engaging in the opportunities on offer, as evidenced by stalled levels of investment and a proportionately low spend compared with other digital channels, particularly social media, and the walled gardens.

So, is this the right time to recast the benefits and opportunity programmatic offers advertisers, to re-frame their relationship with the trading methodology and rebuild revenue levels in the platform?

As part of the keynote address given at the MMS Programmatic and New Media conference, I want to share with you the opportunities to re-align the needs of advertisers with the opportunities of programmatic. And in the process understand and address some of the issues getting in the way of achieving the full potential.

It is best to consider three areas we have identified that have helped back programmatic, being:

Let’s look at these three areas and identify why they have occurred and the negative impact they have made.

Programmatic media proudly positions itself as Tech Central of marketing. It was the tech-heads who founded the programmatic industry. They were and are often outsiders, gamers, self-confessed geeks, absorbed in what is often an alternative reality to the mainstream of media advertising.

But unlike the so-called walled gardens of Facebook and Google, the tech industry made the fundamental error when it came to programmatic. They focused on selling features in highly technical language to the tech audience. Literally preaching to a choir. Rather than putting their efforts into selling the benefits to the ultimate buyer, the advertisers, in plain-English.

Unfortunately, translators and interpreters were few and far between. Programmatic became almost a cult within marketing, media and advertising. And in many instances, those who were able to sell the benefits were viewed with a degree of suspicion by advertisers.

Programmatic was a massive gold-rush for many. Tech companies came from everywhere to cash in on the rich seam of revenue on offer. The allure of the huge media budgets on offer was a sparkling Nirvana. The pot of gold at the end of the rainbow. Everyone was loudly sprouting their proprietary product as the answer.

The impact was massive complexity and confusion. Assessing the claims nigh impossible for marketers investigating the potential opportunity. A bloated pool of industry suppliers emerged, many of whom were of questionable value to the industry.

This complexity of the market, with often seemingly conflicting agendas, made it difficult for the industry to respond to the increasing voices of concern over issues including ad fraud, financial transparency, consistent metrics, and brand safety. More often than not, the solution proposed was to include more tech solutions to an already daunting mix.

With all of this confusing and often conflicting information, it was nigh impossible for the average marketer to pick winners and identify the fakes. To play it safe they edged away.

In response, many of the tech vendors, and the agencies who had backed them, resorted to positioning the solutions as solving particular problems facing marketers. Programmatic was sold as the way to deliver accountable, performance media. Providing marketers access to the long tail to effectively reach consumers and illicit leads and sales. Others positioned programmatic as a way to deliver targeted impressions with super low CPMs. Or as a way of using an advertiser’s first-party customer data to find more similar predisposed customers online.

Some of these have become the dominant residual message around programmatic being for performance media only and a perception of it being a low-cost channel rather than a trading methodology. The perception that continues to limit programmatic growth.

The new subterranean river of gold

Exacerbating both of these issues was the behaviour of some of the large media holding companies. Under increasing pressure from procurement on transparent remuneration terms, they took the opportunity offered by this poorly understood area to prop up their bottom-line.

As previously mentioned, by justifying the specialist nature of programmatic, they structured their digital operations within the group to be standalone entities which clients had no contractual right to audit. It mattered little in the early days as even the biggest and more sophisticated clients such as P&G had a poor understanding of how this whole new area operated.

Some of the agencies became hooked on these new highly profitable revenue streams to the detriment of profitability in other areas of their business. It was a new river of gold flowing beneath the surface obscured from view. Shrouding the area in mysterious language and perpetuating it as a strange black art allowed the rorting to continue.

This also compounded the problem with educating marketers. In many instances’ marketers and the trading teams at the coalface were kept at arm’s length by the agencies to avoid the possibility of price-based discussions and the agency’s substantial markups to be realised.

Of course, these practices did nothing for delivering value from programmatic. With such high markups, any performance measured was going to be compromised. It took the ANA/K2 report in the US to shake things up and bring about the discussions on creating openness and honesty to the programmatic area.

This history of programmatic is a sorry story of how these three elements combined to undermine the potential on offer. But the good news is that there has been positive progress in each of these areas. Here is where we think the programmatic industry is today against each of these issues.

The industry now has a strong cohort of salesmen selling benefits in plain English to not just the agencies, but the marketers and advertisers. And in turn marketers have taken the time to understand the dynamics and language of the market.

It’s not all rosy though.

In embracing programmatic, some of the larger advertisers have looked to take this in-house. The opportunity to use their first-party data to manage their media and customer engagement proved too alluring.

At the same time, some of these salespeople have almost been too good and a little bit of overpromising has crept in. What we have seen in some clients is near-identical products that have been purchased by marketing at hefty sums which are all being underused in day to day delivery.

A few of the conditions of use have been glossed over. Most common of these is the requirement of the client to have usable, integrated, high-quality data to feed the system in the first place.

The other thing we come across is the often-misleading promise about how easy the system will be for your team to run. The current knowledge and skill requirements are considered to competently drive the systems for yourself. You need to engage experts to extract the value that the cost of the system demands.

The report card, for now, is a 7 out of 10 on this element but encouraging signs of improvement.

A lot of the ‘middlemen’ or ‘journeymen’ with little to offer have fallen to the wayside. But a look at any one of the industry charts, such as the Lunarscape here, still demonstrates an over serviced and crowded marketplace.

Natural attrition, consolidation and rationalisation will occur but it’s still baffling and confusing to most marketers and advertisers. They don’t truly understand the role and need of quite so many players clipping their ticket on the way through.

The recent study in the UK by ISBA and PWC showed that 15% of the 49% lost between publisher and advertiser was unaccounted for. That’s 30% of the funds taken. This is a major concern. How can an advertiser commit increased investment when there is no guarantee as to who is clipping the ticket and by how much? This is not an issue for Google and Facebook, who consume significant and increasing shares of advertisers budgets.

New technologies have just arrived that are at last providing end to end transparency and these should be embraced by the industry at the earliest opportunity.

The new technologies will force the industry into change and this score should improve but it will expose the remaining journeymen.

Revealing the river of gold.

Following the ANA/K2 report, there was an initial push back then silence from the agencies as they went to ground. The silence from the holding companies was deafening as they scrambled to work out what to do.

Some had bought supply chain middlemen and effectively-structured in the mechanism for bloated margin. There were varying degrees to which agencies came to the party and varying speeds at which they changed behaviour.

In the main now though there is reasonable transparency with regard to what the agencies are taking. The report card, for now, is 7 out of 10. But the overall supply chain is still impacted by this lack of transparency.

The new technologies for transparency will validate the terms under which the agencies operate. It is with tech providers that unnecessary cost can be recovered and the performance of programmatic improved.

Programmatic is a brilliant opportunity for advertisers to be able to trade in media opportunities to engage an increasingly fragmented consumer.

It is not just a performance media market; it can also be used to build awareness and brand desirability.

It is not just a low-cost media channel.

It is not a channel at all, but it is a way to access both low cost and premium inventory and opportunities.

But for programmatic to continue to develop and fulfil its potential these issues need to be addressed.

Encourage the rationalisation and start aligning agendas and priorities to what is right for your customer (the advertiser) and to the consumer.

And increase the transparency in the category so that it stands on the value offered and delivered, rather than continuing to pick their pockets.