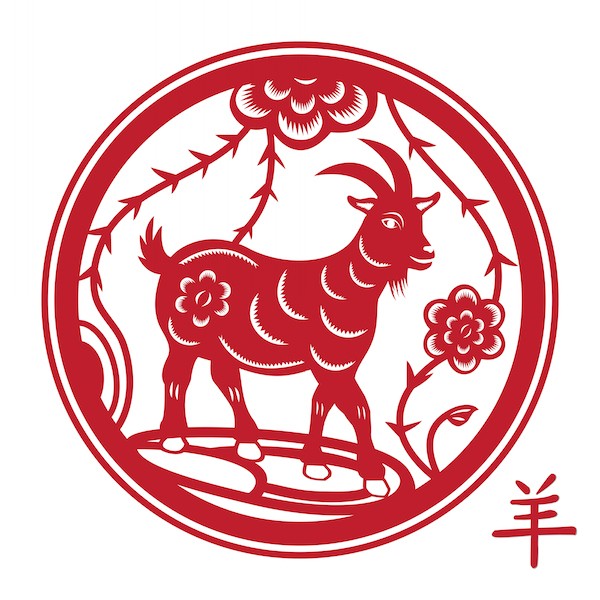 As we approach Luna New Year, and with a family name Woolley 伍利, I was interested in what the Year of the Sheep / Goat / Ram had in-store for me, TrinityP3 and our marketing clients and friends.

In my research I came across an article by Victoria Li, CCTV America, who shared these five Chinese Idioms about Sheep. In reading these stories I found myself reflecting on two things. First, how so many stories (or Idioms) are universal and second, how they illuminate lessons for us today.

As a thought provoker for marketers and their agencies everywhere, I have chosen three of the five stories to share with you here and will provide my take on the lessons for marketers for the coming Year of the Sheep.

Wool Comes From the Sheep’s Back

According to a Chinese fable, a government official in charge of the treasury promised his citizens a financial bonus at the end of the year. Everyone was very excited, except for one wise man who warned them that they whatever the official gave them came from the government treasury. Basically, the money they’re going to get, came from taxes that they paid anyway, so why should the people (sheep) be so happy when the bonus (wool) came from their own backs?

Lesson for marketers: At a time when there are way too many agencies wanting your business and when it seems that they are all offering you lower and lower costs, it is important to remember you get what you pay for and no more. The lower cost comes at a price, with either less experienced people, or the agency pocketing kick-backs from suppliers that they should be giving to you, or stinging you with surprise costs when they know you have little choice to meet your deadline.

It is your marketing budget, so spend it wisely. That is not always cheaply. It is better to focus on what you achieve or at worst what you get than simply what it costs. Because in the end the wool they are offering comes off your back in the first place.

To Hang a Sheep’s Head While Selling Dog Meat

During China’s Spring and Autumn Period (770-476 BCE), Duke Ling of the kingdom of Qi noticed that his concubines were all wearing different types of dresses. He felt that the women were dressed too feminine and ruined the overall image of his nation. He wanted his nation to look powerful and strong, so he ordered all women to wear men’s clothing. When other nations tried to invade Qi, they saw all the citizens dressed in men’s clothes and thought they were all men and very powerful. When the fighting began, they realised that a lot of the citizens were actually women, and they took over the kingdom and later used this idiom relish in their victory.

Lesson for marketers: It is attractive to have one agency as it is simply convenient. And more and more agencies are promoting themselves as a one-stop-shop. But marketers need to be aware that it is rare for one agency to be good at all of the many varied skills often required by marketers of their agencies today.

In fact, in many cases the more the agency says they are good at everything the more likely it is that they are not. Marketers need to test the capabilities they need of their agencies before they appoint them and not just take it on the face value of their response to the RFP or the words in their Powerpoint presentation at the credentials meeting.

It means that marketers need to find new ways to select their agencies in this increasingly complex world, because simply buying a sheep could leave you with dog meat.

Mend the Fold After a Sheep is Lost

The King of Chu was a man who only indulged in pleasure all the time. His minister Zhuang Xin warned him to pay more attention to guarding his capital because he had many enemies. The king laughed and said: “There’s no need to worry, no one will take my power away.”

Zhuang felt the king was not responsible, so he asked the king permission to leave for the state of Zhao. The king granted Zhuang’s leave, and continued to indulge in luxuries. Within six months, the state of Qin sent troops to invade Chu, and did so easily because there was no guarded wall. The Chu king managed to escape and he remembered the last words of his minister and regretted not taking his advice. He invited Zhuang back and asked him for help.

Zhuang told the king a story (A fable within a fable!): A shepherd woke up one morning and found there was a hole in his pen. A few of his sheep escaped through the hole. He went off to chase the lost sheep forgetting about the hole. Luckily, the shepherd’s wife was smart and blocked the hole with her body. The shepherd saw it, and rushed back and mended the sheepfold.

“It’s unfortunate that Chu had lost a sizeable stretch of land, but we did not lose it all. If Chu reforms now and strengthens itself, we still have a chance to get Chu back,” Zhuang said. The king was pleased and took Zhuang’s advice and the next year Chu won back its whole territory.

Lesson for marketers: While this is a universal story, this telling of it offers redemption and success in the end having learnt the lesson the hard way.

With downward pressure on marketing budgets it is easy to focus on cost reductions and embrace the procurement process of cost reduction through tenders. But marketing is the value creation driver within a business and marketers need to ensure that even if going through a cost reduction process, sight is not taken from the main game, which is growth.

Media is a prime example as the explosion of media channels, especially digital channels, means that costs per thousand can look very attractive. But the problem is if those people are not engaged, or worse still, not real people, then you are wasting your time and money. Better to focus on the performance of the media than simply the cost.

When the campaign fails and the sheep have escaped, no-one will thank you for the fact you bought the whole thing in under budget.

Wishing you all a Happy Year of the Sheep! I hope this has given you some food for thought for the year ahead.

The secret to transitioning from print to digital media

The secret of marketing success in 2015: MIUAYGA