Agile marketing: The promise and the reality 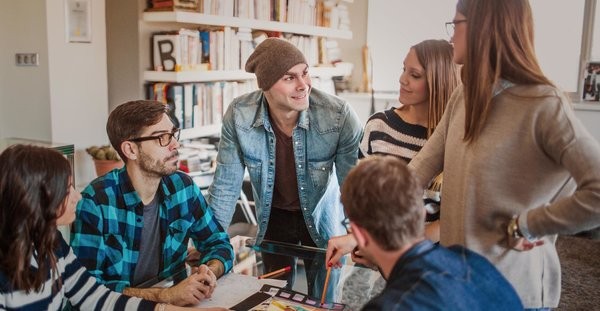 This post is by Lara Sinclair, head of content for Marketing Performance company Simple. She is a former marketing writer for The Australian, a contributor to The Wall Street Journal and Mad.co.uk.

It’s been more than five years since brands first started talking about agile marketing, appropriating the agile principles used for software development and applying them to the creation of marketing campaigns.

So since 2016 is the Year of the Monkey, according to the Chinese calendar, perhaps it’s time to assess how it’s being applied in reality and whether brands are actually becoming more agile.

In general terms, Agile requires adopting a continuous test-and-learn culture, adapting to change in the market ahead of sticking slavishly to a plan, and achieving larger goals by completing a series of smaller, customer-focused projects. You can read more about the approach here.

The Agile manifesto describes the values of Agile succinctly this way:

We are uncovering better ways of developing software by doing it and helping others do it.
Through this work we have come to value:

Agile first came to be adopted in marketing through technology companies that used the process for their own software development. They experienced a much greater measure of success using Agile than when using waterfall processes characterised by extensive planning and long development cycles.

These could not easily accommodate change as the market might have shifted during the process. But Agile typically incorporates shorter development cycles, after which time something is launched, progress and priorities are reassessed, and the iterative cycle begins again.

In traditional marketing organisations, marketing departments historically developed an annual or quarterly plan of activity that was often based on what had been done the year before or in the previous comparable quarter.

The organisation’s ability to move quickly was hampered by long lead times for television and magazine campaigns and media booking availability, among other things. And with above-the-line advertising often siloed from direct marketing, for example, co-ordination was difficult.

Then along came the internet, digital marketing techniques, social media and disruption. Things had to move more quickly.

So who is practicing agile marketing?

Overwhelmingly it’s still technology companies, digital businesses, start-ups and some agencies that are applying Agile to marketing. However the methodology is also establishing a beachhead in financial services firms, perhaps because they need to react quickly to changing markets. There are also digital teams within larger fast-moving consumer goods companies that have implemented Agile principles.

IBM, for example, has talked about using Agile to collapse “planning and execution cycles into something much more continuous”.

“There’s a great opportunity to collapse those upfront planning cycles into something much smaller and then iterate rapidly based on what you learn through short periods of execution, measured for outcomes.”

In the interview, Shepherd talks about how IBM physically co-located cross-functional teams so they could work in an agile way and how strategy needed to accommodate agile work processes.

He also talks about how budgeting when you don’t know upfront what form the work will take is difficult: “Figuring this out is a challenging notion for the traditional model because I don’t know what I’m getting. What I’m actually getting is a fixed capacity to do work. My goal is to make the fixed capacity as productive as possible… My second goal is to prioritise the work I put through that fixed capacity so that I deliver the most business value, the fastest.”

Coca-Cola’s global IT leader of digital marketing Thomas Stubbs has talked about the evolution from linear project management to Agile methodologies to produce a series of digital World Cup campaigns between 2006 and 2014.

In Australia, companies including Aussie, Seek, Allianz and Canva, among others, are applying Agile principles to marketing to facilitate closer collaboration with IT departments, better optimisation of campaigns, test-and-learn experiments and continuous delivery through digital and social channels.

Mortgage broker Aussie’s general manager, customer experience and technology Richard Burns told Simple marketing had started implementing Agile working methodologies used by IT in an effort to improve collaboration between two teams that never expected to be working closely with each other.

The close collaboration has removed any issues around where the budget for marketing technology sits and is driving innovation by helping the teams focus on continual improvement.

“Our IT team will benefit from working as part of a combined team with marketing as it brings them closer to the business and the customer and out from myriad policies and procedures” he later told cmo.com.au

Allianz is also applying its own version of Agile to marketing.

“At Allianz, we follow the ‘spirit’ of agile rather than just ‘do’ agile,” says group manager, marketing and brand Dominic Brandon. “For this reason I prefer ‘adaptive’ rather than ‘agile’ because it signals the purpose of customer focus over speed to market.”

“This allows us to optimise our ROI and consistently punch above our weight in one of the most competitive markets: financial services,” he says.

Digital departments of some big FMCG firms including L’Oreal have also begun applying Agile principles. While campaigns are launched and planned on a waterfall basis, the team is encouraged to test and learn, and iterate based on what’s working for digital and social.

“We do not limit the optimisation process to digital channels only,” says head of digital and media Christophe Eymery. “TV is under constant optimisation mode too. We also test and learn in magazines and outdoor.”

How is Agile being adopted?

Take-up of Agile in the broader marketing community is still slow, according to marketing technologist and Servant of Chaos blogger Gavin Heaton, who estimates less than 1 per cent of companies are applying Agile to marketing.

But he predicts that will change. “A lot of organisations are just not getting what they need out of their marketing,” he says. “I think you have no choice but to begin to start to be agile.”

An analogy he uses from the current US Republican presidential nomination race, is the contrast between Jeb Bush’s $100 million marketing budget, much of which was spent on paid advertising and the cut-through that the more entrepreneurial Donald Trump is getting with sound-bites and controversy.

“Trump is using social and digital media and these kinds of agile strategies to pump out and engage on all sorts of media,” Heaton says. In contrast, Bush ended his campaign after nine months, citing “a year of disruption, a year of outsiders making a compelling case to people who are deeply disaffected and angry”.

There is a lot of fear in marketing that applying Agile principles means starting from scratch with a new team, and risking throwing the baby out with the bathwater.

Heaton says he is often asked not to use the term “Agile”, but rather to talk about being more nimble and responsive.

“There are a lot of people who are thinking about doing agile marketing but they don’t know where to start,” Heaton says. “Marketers get very worried about ‘Do I have to get rid of my whole team?’

“It requires not necessarily different personnel but a different skill set. We need leadership and coaching and a translation of old metrics into new metrics.”

Heaton says to start to apply Agile to marketing, brands need to choose a workflow process – Scrum is one such framework – and have a good understanding of their platform of paid, owned and earned assets so decisions can be made in a fast-turnaround format.

“You need a paid platform that can take the amplification you want to do around your media and drive it out,” Heaton says. “It’s your social profiles and digital properties, your website and the space you own. You really use those in concert to get your message out there, spread it far and wide, and make sure people are coming back to you.”

Many of the marketing teams who have adopted Agile have actually taken the core principles and applied them in the way that is most effective for them.

Design start-up Canva is a case in point. Its marketing team has developed a test-and-learn approach to marketing that draws on many of the concepts of Agile.

“We don’t do sprints but we do a lot of tightly time-bound experiments to assess if something is worth exploring,” spokeswoman Rose Powell says.

“This approach means our team can run multiple experiments at once, and not just pursue one direction (common in agile development, where it’s more labour-intensive).

“The power of agile marketing is testing every assumption and tactic every step of the way and only pursuing a direction when we have evidence it will work.”

“We do a lot of experimentation and testing along the way, finding out small pieces of information about users and what they want. That allows us to respond really quickly.

“We have a framework to assess ideas when we want to run a test. Will this test have an impact? We either build the test or if it’s marketing, do the kind of work involved there, and we’ll roll it out to a smaller portion of our user base to get an indication of how people respond.

“If it’s a retention campaign – an example of that might be a weekly webinar to educate our users – what we’ll do is we’ll work with our designers and our marketing team and we’ll come together and come up with a hypothesis.

“It might be that users who watch the webinars will be more likely to engage more with the product. Then we can roll it out to a small portion of users either via email or we can build that test segment ourselves.

“Part of that approach is being able to modify it and also at the end of the test assess how it went.”

Canva also conducts lots of user surveys and monitors when people sign up but don’t use the product, or when their usage drops off suddenly.

“We get a lot of interesting information about why people are leaving our product or why they’re getting lots of value.

“It helps you inform a lot of the smaller marketing campaigns that you do.”

The company went from 4 million users in August last year to more than 8 million today, according to its website, all without using paid advertising and with a team of up to five marketers.

Most of its efforts have been concentrated on public relations, blogger outreach and content marketing, combined with search engine optimisation.

Meantime, Heaton predicts in five years, marketing teams will all be “smaller and more agile”.

“You might have a copywriter, technology and video production skills with creative oversight; lots of small pods of three or four people working furiously producing all sorts of interesting content.”

But he cautions that while agile marketing in digital may in some ways be cheaper because it involves a lower media investment, upstream costs such as product development may increase: “You may have to do a lot more in-house to have more products that are worth selling.”

Lara Sinclair is head of content for Marketing Performance company Simple. She is a former marketing writer for The Australian, a contributor to The Wall Street Journal and Mad.co.uk. She was previously editor of marketing and advertising magazine B&T where she won a Bell Award for business publishing. She writes about marketing and technology.

View all posts by Lara Sinclair 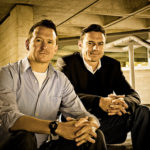 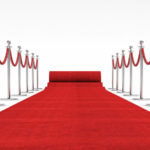