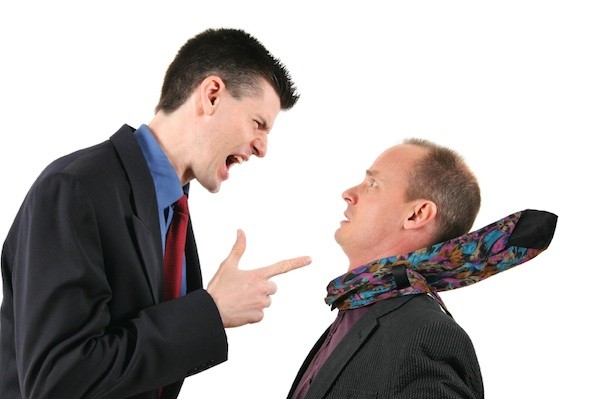 I am often amazed at the simple basic rudeness that is tolerated within marketing and advertising, but which leads to poor communication, poor alignment and a large waste of time, effort and resources.

There have been more than a handful of occasions where marketers have arrived 10, 20 or 30 minutes late. Or joined conference calls late, while participants around the globle are on hold.

Every one is busy, but not everyone seems to have the same sense of “entitlement” that pervades the marketing community.

My friend and colleague in the UK, Andrew Melsom at Agency Insights, wrote this article for the Marketing Society publication Market Leader (Quarter 2, 2012) titled “Who is entitled to be entitled?” which I have reproduced below.

Of all his examples of “entitlement” the one that stands out for me is “Keeping people waiting – the most acrid show of entitlement – in one case for 36 hours”.

Time and again I have personally experienced and witnessed marketers running late for meetings to the point that I now joke that if I am waiting less than 20 minutes then obviously they are having a good day.

But there is a cost of this behaviour and that is a blatant waste of resources and damaged relationships as while it may be caused by poor personal time management it creates and fosters an imbalanced power relationship and reinforces the buyer / supplier mentality.

Andrew talks about people being kept waiting 36 hours. I have had several meetings where the marketer just never turned up. Interestingly, these are often the same people who when made redundant in the latest organisation restructure are usually the first to connect to me on LinkedIn and meet to discuss the industry.

Don’t get me wrong, I am happy to meet to discuss industry and opportunity. But if you kept me waiting on a business appointment you will have to forgive me if I am a few minutes late to our coffee appointment.

After all I am a little busy.

Do you have examples of poor manners and entitlement behaviour? Let me know with a comment here. Of course names can be omitted to protect the guilty.

Who is entitled to be entitled?

“Parents who have brought up their children to say please and thank you and to introduce themselves to anyone by looking them in the eye will be sad to learn that, when those same children enter corporate life, their behaviour changes to a sub-prime tendency.

‘The default position taken by many client marketers and their procurement cousins has moved into new territory where agencies, in particular, expect to be treated slightly badly,’ said one agency CEO.

The excesses that demonstrate client entitlement behaviour include, but are not limited to:

Etcetera, etcetera. Entitlement is even recognised as a syndrome in the legal profession where some lawyers fantasise about their unlimited brilliance and power and inflate themselves beyond anything their achievements would permit.

The suggestion is that, now times are harder, marketers can prey on agency insecurities through behaviour that would be unacceptable in any social sphere. When I was asked to go and see a client at a telecoms company recently, no room was booked, the person I was seeing continued on his mobile – encircling me in reception – without so much as a thumbs-up; 45 minutes later the meeting in the canteen was unproductive. The client was eventually fired and became an extreme user on LinkedIn.

There must come a point when a young marketer knows that, when they have not read the pre-read paper, or booked a room or if they pop in and see someone ‘on the way’ to the agency meeting that what they’re doing is against the basic polite doctrines taught in the nursery. So, what is it that turns them from beautifully bred agents of propriety into corporate ogres?

‘This is something that has happened over time, and has become endemic,’ said one client marketer who is aware that a dismissive attitude exists within his own company. ‘There are various factors like technology, procurement, poor induction and poor examples being set by seniors.’

It doesn’t help that a procurement department, for example, is taught to ‘squeeze them until the pips squeak and then squeeze them a bit more’. What does this teach young people other than contempt for their suppliers? One procurer, who has since moved roles, told me that the internal presentation of achievements at the end of each year was like the convention scene from the 1990 film, The Witches, with awards dished out for misery inflicted.

Given the scrolls of emails today, it is more or less accepted that they need not be answered. Place this in the context of a young account person desperate for work to be approved or just wanting the reassurance that his or her missive is being considered. Not replying is seen as an actively hostile expression of entitlement.

Is the agency world entirely guilt free? Of course not – everyone knows that. They can be arrogant, slow, expensive and inflexible. But you discover that, like children, if you just rail against their right to float about uselessly you will experience none of the joy (such as it is) that they can bring.

A guiding principle could be to take the definition of a gentleman that I was always taught: it is someone who makes everyone around them feel comfortable. If this ditty alone was imparted to young marketers at the point of joining, it would be a great start.”

From the Market Leader, Quarter 2, 2012 a publication of the Marketing Society UK 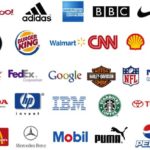 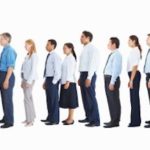