Is Media Transparency desirable only until it costs advertisers money?

There is a lot of discussion regarding the importance of transparency in media, especially in regards to digital media and programmatic buying. The discussions in the US between the advertisers, represented by the ANA, and the agencies, represented by the 4As, led to open public disagreements and calls for apologies.

The same discussions are being held between their various counterparts around the world. Even in Australia the Media Federation representing the media agencies developed and provided guidelines on transparency with their advertisers counterpart the AANA.

The lack of transparency

The first is view-ability, as Comscore estimates that more than half of the ads served are not actually seen by the audience, either because they are served down the page or they are served to a ‘bot’ designed to drive up the traffic count for a particular site.

The second is the financial cost of the ad being served, which is complicated by the number of companies involved in the process which the WFA believes contributes to up to 60% of the advertiser’s digital media budget value being eroded through kick-backs, commissions and the like.

The industry will tell you that is due to the technical complexity and the relative early maturity of the industry. The large number of stakeholders involved in the process will most likely consolidate with time, until then the digital media ‘ecosystem’ will continue to be clouded and murky.

Both of these issues are playing heavily in the discussions on transparency but equally controversial are the agency margins on these transactions.

The lack of agency transparency

At last year’s ANA Advertising Financial Management Conference in Phoenix, Arizona (a conference that we have attended every year for the past five years) the Chairman of GroupM, Irwin Gotlieb was clear in his statement that they were transparent in their lack of transparency when it comes to their digital media arrangements.

While this could be seen as good politics, it fed the concerns of advertisers that all agencies are significantly profiting from this lack of transparency. This is fed by reports that some of the holding companies are showing healthier profits, fed by the increased margins from their trading desks and programmatic buying services.

Therefore if the contract with the agency defines the remuneration model, such as margins and fees, these do not apply to the programmatic buying / trading desk facility as a third party subcontractor or supplier.

This means that while the media agency may operate on extremely slim margins, making them a very attractive financial proposition, they are able to profit through these third party transactions with no transparency for the advertiser.

The choices for advertisers

In discussions with a couple of media agencies, they have been offering their clients a choice:

It is an interesting choice, because option one comes with no price guarantees. Just simply complete transparency and a process and professionalism to deliver the digital media required.

But what if the cost of transparency was to end up paying more for your digital media? What if by sacrificing transparency your agency was able to guarantee a lower cost for your media than you are paying now? What would you choose?

While it is easy to say you want transparency, what if it ends up costing you money in the form of higher media costs? Of course, the question is, why can’t the media agency provide transparency and guarantee lower digital media prices?

It appears from the conversations I have had that the issue is this would involve revealing the deals and transactions that are required to achieve these lower prices.

The issue it appears is that to achieve these lower prices involves consolidating across multiple advertisers expenses to deliver lower costs. Allowing an advertiser access to these deals will reveal how one advertiser may be achieving an effective price advantage from another.

It would also reveal the actual margins the agency is making on these transactions under these negotiated circumstances.

So it appears the choice is for the advertiser. Do you want transparency or lower prices?

Your choice as an advertiser

There are a couple of choices here for advertisers as digital media is never as two dimensional as the traditional media approach.

As an investment, there is usually a return on this investment. This is performance media where the digital media investment is measured on price and result or return on the investment. Yes, price is still a factor, as it is half the equation in calculating the return. But the desired action is equally important in measuring the overall value of the investment.

In this situation, the focus on cost is balanced by the delivery of the desired outcome. This could be a lead or a sale or some other desired action required by the marketing and business strategy. If value is more important than price then simply having a guarantee of lowest prices is no guarantee of value at all.

The cost of audience delivery is only valuable if the audience is delivered, the right message, at the right time, in the right environment to elicit a desirable change in behaviour.

But ultimately the choice is yours, the buyer, the advertisers. So caveat emptor – let the buyer beware. 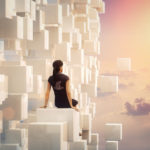 What you may not know about the digital marketing landscape 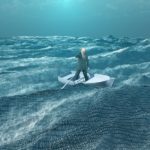 The critical mission to save the Marketing Director