There was a creative pitch many years ago for Stanley Cook, manufacturer of Titan Nails at the time, later sold to BHP and then Otter Group. Anyway they briefed six creative agencies, about three too many, to come up with an ad campaign over the weekend to encourage builders and tradesmen to choose the Titan brand over the cheaper Asian nail imports.

On the Monday morning the agencies filed in one after the other to present to the Managing Director, the Marketing Director and the Head of Sales at the time. Each agency had had basically three days to put a campaign together and 45 mins to present it to the senior management of Stanley Cook Limited.

By the end of the day, having sat through five rather lack lustre presentations, the three businessmen were drawn and depressed. Clearly none of these agencies really understood their business. The fact that they had allowed no time for the agencies to get to know their business did not pass through their saw-dust filled brains.

They were slightly excited about the last agency of the day, a new upstart in the industry that they had heard a lot about because of their fresh approach to advertising. The team from the agency entered the room. The Managing Director, Head of Planning and the Creative Director introduced themselves and commenced their presentation.

They dispensed with the usual vacuous waffle on the agency and the approach and simply acknowledged that by the end of the day, they believed that the management of Stanley Cook would clearly be more interested in the creative than the strategy.

With much nodding from the client-side of the table the Creative Director stood up and said “This one advertisement will make your brand famous, not just with your target market, but across the land”. The senior management team leaned forward, clearly excited by the fresh approach, but also hesitant that they could be heading for another disappointment.

With that the Creative Director held up a large presentation board and dramatically tore away the paper covering the front of the board, holding it up proudly to the Management Team. There on the board was an image of the crucifixion of Christ and in large letters the headline read “Jesus Christ used Titan nails” with a pack shot and logo proudly displayed in the lower right hand corner.

Before the Creative Director could add that “This is the ultimate celebrity endorsement…” the Managing Director of Stanley Cook stood up and shouted “That is offensive”. “Disgusting” chimed in the Marketing Director. “Simply irresponsible” added the Head of Sales.

The agency were shocked. They thought they were on a winner.

The Agency Managing Director took control explaining that they knew it was a high risk strategy, but that with a small budget and a crowded market place the time was right for risk. The Managing Director turned on his agency counterpart, turning purple in the face as he said “This is a good Christian company, and to take the Lords name in vain like this is a heresy”.

The Marketing Director, having calmed a little suggested that as the agency only had the weekend to respond to the brief, perhaps they could work overnight and come back with an alternative campaign first thing in the morning.

The agency filed out and the next morning presented themselves back at the offices of Stanley Cook to present their revised campaign. This time the Agency Managing Director presented the brief they were responding to and the Head of Planning provided insights into the target audience. Time ticked on and the Management Team were clearly nervous and impatient.

Half and hour into this second meeting the Creative Director took centre stage and explained that they had listened carefully and were very careful in not taking “The Lord’s name in vain” before he held up a new presentation board and again tore away the cover page to reveal the creative work underneath.

There on the board was an empty cross and the figure of Christ laying face down in the dirt at its base. The headline was brazened across the top reading “Titan Nails could have avoided this”.

Three lessons for every marketer from this:

Now if you have not worked this out, it is, of course, a joke. At the risk of potentially offending some, we thought it is worth telling for the insights it provides. What do you think?

If you want help and advice selecting a new creative, media, digital, pr, promotional or any other type of marketing communications agency then we have more than a decade of experience in Asia Pacific. You can find out more here 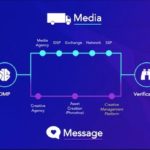 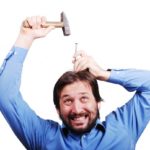