When developing your marketing communications strategy which do you consider first, the channel or the content? While many will say both, the truth is that with increased fragmentation this has become next to impossible. So does one lead the other?

When I first shared this thought on LinkedIn it was interesting how many people commented that their focus was always on content, developing the right content to deliver a response from their specific audiences.

But as we discussed this further all of them were ‘digital’ marketers who had effectively put the channel decision first with their choice of an exclusive digital channel and then were optimising the content / offer to measure the response rate from the specific audiences or clusters they were targeting on-line.

Without realising it, they had effectively put channel selection first and then the content became the variable.

The second most popular group to respond and comment was the omni or multichannel advertiser. Many felt that they also put content before channel as in their case they often had the ‘big idea’ or the defining campaign creative idea developed independent of channel consideration.

This big idea process or creative territory development was undertaken while the media agency was working through the ideal channel mix to meet the media and marketing objectives.

It is interesting and quite a contradiction that one of the most common ways of testing the validity of the ‘big idea’ is to have the agency execute it across a wide range of potential media channels.

With the increased number of media channels and options and the fragmentation of audiences across these channels, it means that for many advertisers the biggest challenge is identifying the most effective and cost efficient media selection, mix and investment to maximise performance, be it reach and frequency for awareness or leads for acquisition etc.

In selecting the channel the content can then be developed to the communication strategy and executed to maximise the advantage of the particular channel.

Increasingly marketers are focusing on delivering business growth and revenue performance and therefore are looking to embrace agile approaches to their marketing and advertising.

Agile Marketing is based around testing channels and content to optimise the performance. This means that both channel and content are developed together with multiple content strategies and executions tested across variations in channel to determine the optimal return on media investment.

Many advertisers complain that this same approach continues today. The issue is that today the increased number of channel options means that simply taking the one creative execution across multiple channels under utilises these channels.

At the other side, some advertisers are concerned that putting channel before concept could lead to inconsistency in approach. This is often a concern for those embracing an Agile Marketing approach. That the test and learn approach that is core to Agile Marketing would mean that the brand could be compromised in the pursuit of optimised marketing outcomes.

Of course there are those who state that both are equally important and that both should be considered at the same time. Logically this is correct, but it is in the execution, with media agencies and creative agencies no longer aligned, where the practical considerations come to the fore.

One of the biggest issues for advertisers is how to embrace a process that optimises the performance of both channel and content to deliver the best results.

When planning advertising what comes first?

Do you choose the channel or media? Or concept or content?

Some try to do both at the same time and get frustrated when it doesn’t come together.

Others prefer to have the big idea then work out the channels to best deliver that concept.

Others prefer to work out the channels or media to reach their audience at a time and place to engage them.

Both must work hand in hand

The question is, in a media landscape of fragmented audiences and increasing media channels, which is more critical?

Is there one you favour? Or not? And why?

How does this impact on your go to market process?

Because it definitely impacts all parts of your marketing from structure to roster to remuneration.

And that we can help you with.

Ensure your marketing strategy is not only robust, but also agile. We can assist by reviewing your strategy against your business and marketing objectives. Learn more 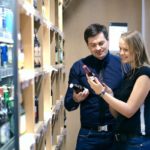 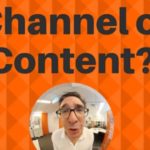