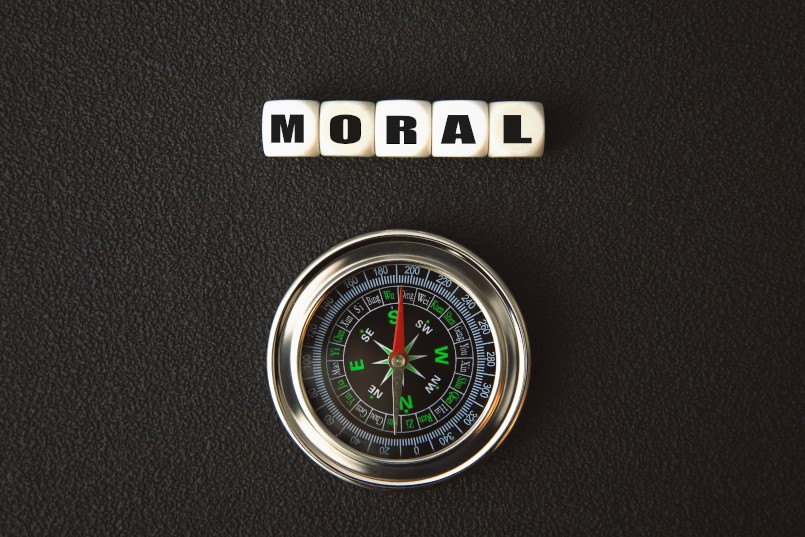 This post is by Julian Barrans, Business Director, Asia for TrinityP3. Julian has worked as a business, marketing and branding professional for over 30 years, with more than half of that time in the APAC region, working both client-side and agency side.

It struck me while attending a webinar hosted by the WFA recently where the topic of Sustainability was being discussed. The focus was very much about getting to grips with an appropriate universal measurement approach.

As I was mulling over the measurement challenges being faced it got me thinking that there was also ‘the elephant in the room’ aspect that needed consideration above all else. I’m not going to get into the myriad of questions and debates around Sustainability measurement (some of my colleagues at TrinityP3 are more knowledgeable so will cover that off themselves), but rather consider ‘the elephant in the room’…which is the moral aspect…what is the ‘right thing to do’? Right for the business? Right for the consumer? Right for the environment? Right for your career even?

I remember a personal work situation, where, as Marketing Director and Executive Management Team member, I was asked over a number of years of business reviews (three from memory) to change the packaging for dry petfood from paper to a bag that was 100% plastic material.

On the first two review occasions, the benefits to the consumer were presented as improved freshness/quality and price, to the business faster packing, improved pipeline durability and fewer consumer complaints. Then of course there was the move away from paper, deforestation issues and acid rain.

All looked like win/win really, though I couldn’t get past the issue of lack of bio-degradability and its impact on the environment. I kept imagining landfill sites with large plastic bags with the brands I was responsible for, sticking out of the ground, for year after year after year. The management team all agreed they didn’t want to be responsible for that last issue to be facing us for generations to come. So, the challenge had now been sent back to the packaging team twice now.

By the third review, the above benefits were still very apparent, deforestation was no less an issue, however, a positive improvement in bio-degradability expectation was reported, though it would still take many years for the plastic material to breakdown, which all meant it was very hard to say ‘No’, given all the positives in the evidence.

My gut still said ‘No’, but logic said that enough had been done to say ‘Yes’. With assurances that science would continue to develop types of biodegradable plastics to better protect the environment and be sustainable (and let’s face it paper and deforestation was such a hot topic), I supported the change to plastic.

Let’s consider some other real scenarios and the lessons that we could learn from them, that would create some do’s and do not’s, that could help us set our moral compass going forward. Apologies if I touch on any raw nerves in what I use as examples.

Often used as the abrasive component to encourage exfoliation these were found to be highly effective in achieving the desired result, low cost, easily sourced and used in the manufacturing process. Unfortunately, as not bio-degradable and very small, they found their way into rivers, oceans and the food chain.

Some brands had stopped using things like ground-nut shells/fruit kernels, for effective exfoliation, to switch to plastic Microbeads, as the advantages were compelling.

Many governments have now made plastic Microbeads illegal in many products. Yet, still, some manufacturers lobby and cling to their continued use in their products.

Some years back the Huggies brand added ‘Pure and Natural’ to its diaper range to appeal to consumers who wanted a more natural product for their baby. The product certainly delivered on comfort with an organic 100% cotton outer layer, but that’s where the pure and natural tag stopped. The diaper still used latex, SAP’s and non-biodegradable components that traditional diapers use. Critics were not fooled ultimately and maybe not consumers either as the range didn’t last long, being withdrawn in 2015.

McDonald’s responded with speed and concern around the single-use/non-biodegradability of plastic straws by changing to paper ones in the UK and Ireland. It was great to see them instigate such a change where millions of straws are used daily.

The issue was that consumers found the new straws didn’t perform as well and that the paper ones were not currently recyclable (due to their thickness), unlike the plastic version. Hopefully, this will turn out to be a temporary challenge and McDonald’s and their supplier will find a workable solution sooner rather than later.

So where does this leave us?

Going back to my personal paper to plastic experience above, as a few decades have passed and I still purchase a lot of dry pet food for my five dogs and two cats, I keep looking at each empty large plastic bag and wonder whether I helped make the right choice, or not! It weighs on my mind to this day! Maybe I said ‘Yes’ too soon, if I held out longer, maybe it would’ve forced a development?

In the end, I have to be honest and say with all we know now….it was not a good call and it’s probably why it’s been troubling me each time I open a bag. Though many trees were most likely saved …until they were cut down for another purpose – clearing for more agricultural purposes!

Collectively, a lot of decisions get made, have been made, that have impacted sustainability and our environment.

In the end, however, we do have to make the tough decisions on behalf of our brands and the world around us…. decisions that don’t just look good today, but look (as best as we can determine), good for the future as well. That way hopefully, marketers will get to sleep well at night, knowing their moral compass is in check and they’ve made the best decision with the knowledge they had available to them.

Is your marketing strategy aligned to your company’s sustainability policy? Do you measure and optimise your carbon emissions? Find out how we can help