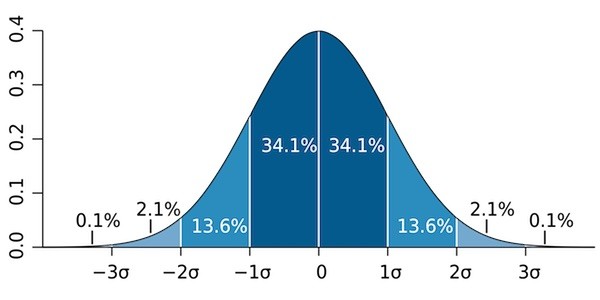 It is often quite annoying when asked if we sell our industry benchmarks, You see, over more than a decade we have been collecting and analysing agency rates across all agency disciplines.

But it is not simply an average or a mean, we have collected and analysed statistically significant samples of rates, resource requirements and more. To buy this would require a significantly larger payment than the few thousand often on offer. After all this data is at the very core of the TrinityP3 business.

But I now realise why these benchmarks are so under valued. It is because everyone purports to have the data. In many cases it is a collection of rate cards or contract fees, which can range from one to perhaps hundreds or even thousands.

But like most tools, the results you obtain depend on how you use it and it is clear that many times agency remuneration benchmarks have been used to reduce agency fees. But used properly they can help build sustainable, high performance client / agency relationships.

Average rates are not benchmarks

There is a belief that you only get what you pay for and therefore if you pay peanuts you will naturally get monkeys. The fear advertisers often have is that they are paying their agency a premium and still getting monkeys. Why is this so?

Because the application of most benchmarks in agency remuneration assumes that the agency resources are a commodity and therefore can be purchased on price with the lowest price representing the best value.

Like hiring Pablo Picasso to paint your home or paying Annie Lebovitz to take your family happy snaps.

Average will only buy you average

So if the benchmark you are provided is simply an average of a sample, then the question is what do you buy for average? If the sample is simply the three or four agencies you have recently or currently work with, is this representative of the agencies in the market?

Do you have the top and the bottom or are you simply taking from a very narrow band of professional and competent agencies in the market?

One of the issues with this approach is that it commoditises the very resources that often attract an advertiser to an agency. We had a client that had benchmarked the incumbent using a consultants ‘average’ benchmarks. This means that everyone in the agency working on the client’s business was remunerated by the client at the same average rate.

Account management, creative, strategy, production were all effectively considered average. But here is the kicker. The reason the client chose that specific agency was that they had an award winning Executive Creative Director, Creative Director and Senior Creative Team.

They also had one of the most experienced Strategy Directors in the market too. This had been a deliberate strategy of the agency to recruit high quality key resources and to do so they paid them well.

The issue was that while the client insisted on paying the ‘benchmark’ average, they were not paying for the agency A-Team. Therefore while the key resources were on the retainer they were not really on the business. It would not be in the agency’s interest.

Of course they turned up at the appropriate client meetings, but day-to-day the fact is the work was done largely by other less exceptional agency resources. The saying that you only get what you pay for is again proven true. If only the client was able to benchmark the resources beyond the average.

So how average is the average?

Some believe that agencies themselves are quite generic and commoditised. But in fact within markets there are often tiers of agencies from the large, successful firms to the small hot shops to the more workman like. Within these agencies are then variations in the quality of the cost of the resources within that agency. There can be quite a lot of variation in the cost of resources within each market.

Then there is the issue of the type and size of client. In our analysis the fees paid by clients to the agency will be influenced by a number of issues including size of the client, if the client is across a network agency, a local client or an international client.

It also varies by the category with the likes of alcoholic beverages and automotive paying higher rates than financial services and telcos and these are higher than retailers. The cause of this is due to the negotiation technique, which usually focuses on the overhead and profit multiple on top of the agency direct salary costs or the benchmark salary rate used by the client.

With so much variation in the population you need to then ensure you have a suitably sizeable sample to ensure a significantly representative benchmark. We know of one set of benchmarks based largely on international consumer packaged goods clients.

These are large advertisers who often consolidate their global spend with one of perhaps two agency networks and negotiate significant volume discounts on their fees. In our experience with these benchmarks, the fees they purport as ‘average’ are often as much as 20% – 25% below the average for an individual market.

Low or medium or high

Very early on, more than a decade ago, we had been collecting and analysing data for several years and realised the issues and the variables. We therefore decided to not use only a mean but to look at the deviations within the sample to determine where the low, medium and high benchmark agencies sat in the sample.

What we discovered is that it was not the agencies alone that determined where their fees sat statistically but it was also influenced by the category of the advertiser and the type of arrangement between the agency and the advertiser.

It meant that we could, within a data sample for a market, start to predict where the low, medium and high sat for the market and also the variations depending on the category of client and the business engagement arrangement. We built many of these variables in to Ad Cost Checker to allow us to maximise the value delivered from the extensive data sample within the database for more than 20 major advertiser markets.

It is this use of market data beyond the most basic calculation of the median and the mean that provides us with significant insight into not just the agency but also the advertiser.

The concept of the benchmark simply being a mean of a few data points fundamentally understates the complexity and variability within agency fee calculations. We understand that people want to make the complex into something simple.

The problem is that many of the issues we see between agencies and their clients are caused by poorly considered agency remuneration models and at the core of this is low quality rate benchmarking.

But there is more than just benchmarking

When a client enquires about buying the benchmarks, we try to explain what they would be potentially missing looking at the mean rates only. Or the high rates. Or the low rates. Setting the rates without considering what these rates are procuring is basic.

It is often stated that advertising is a people business and most think of this in terms of client / agency relationships. But it also relates to building an agency team to work on your account. One client was very particular in customising their agency team and making sure that they were paid well by using a range of benchmarks from our database.

I remember the negotiation well because each role from the agency had individual names and we negotiated not just the overall fee but also the individual component role by role, especially for the main roles in the agency.

Of course benchmarking rates is a top down approach. While we are increasingly benchmarking and negotiating bottom up agency fees based on scope of work and output based value models, it is important to get the most common and most basic agency fee process right. We put a lot of time, effort and analysis into our benchmarks, so we hope you understand if we decline when you offer to buy them from us.

But we are always happy to help you get your agency fee calculations right.