Since 2004 we have been working with a workload agency fee model, used to calculate agency resources based on work to be undertaken and the outputs delivered. Meanwhile, in the USA, my colleague and Chairman of TrinityP3 USA has been developing his Scope MetricTM model since 1995.

When TrinityP3 and Farmer & Co came together a few years ago we realised we had a phenomenal amount of data regarding agency workloads and outputs gathered independently from around the world. Perhaps surprisingly, though not for us, the data showed an incredible correlation in the samples against the outputs measured, which for creative and digital agencies was more than three thousand outputs.

Reading the trade media, it appears that the industry has caught up with this methodology and that many people are today developing their own output-based model. This includes procurement teams, agencies and other consultants. Having had discussions and reviewed a significant number of these models it seems appropriate to offer an overview of many of the common traps and pitfalls impacting the development of these models.

Sampling is a significant issue for this approach and the trap here is often two-fold. Either the sample is too small or narrow or it is too large. (Yes, it is possible to be too large). Let me explain. Let’s start with a small or narrow sample.

You sit down with the incumbent agency or agencies and you ask them to provide the underlying numbers of hours to deliver particular tasks. There is an assumption here that the data is robust and accurate, as in statistical terms, the sample and the data population could be considered equivalent.

But the issue is that many timesheet systems are flawed, just as many billing systems are also flawed. After all, one of the reasons for moving from a resource cost model to an output-based model is the incredible difficulty in validating the hours taken to undertake the work from a series of spreadsheets of agency hours.

Likewise, simply relying on very large samples of data from multiple sources can also be problematic. As we have seen in our own modelling, the resources required in hours will vary dramatically for the same or similar output based on the advertiser team, the advertiser category and the advertiser complexity. Simply averaging a huge pool of data will result in an average result. Yet, no-one wants to pay for average advertising, do they?

This brings us to the next trap. Defining the like for like comparison of what is the output. A product, such as a cake mix, or a computer can be defined by its metrics. The weight, ingredients, components, materials etc. Likewise, one of the complexities to overcome is the diversity of outputs in a measurable and comparable way.

After all, a Facebook campaign could mean a thousand different things to as many people. But beyond defining the specific and measurable outputs, we have also had to contend with defining it as a standalone origination, or is it an extension of an existing campaign or communication idea? Is it simply an adaptation of previous work? And is it part of a complex, simple or moderate level of communication complexity?

Almost a decade ago, we were engaged in benchmarking the output-based model of a major global advertiser. They had less than 100 outputs that were used across more than eighty markets. The biggest challenge of the project was not the benchmarking, it was defining what each of these outputs, often with terms such as “Brand TVC” actually meant. What we did discover, is that the exact definition of each one appeared to differ by market, providing us with more than eighty different definitions.

But with more than three thousand outputs and a whole range of levels to tweak and set based on the current practices and levels of complexity, the truth is, like well-tailored clothing, we can make an output-based model to fit you perfectly.

Let’s go back to your Facebook updates. Michael Farmer, in his book “Madison Avenue Manslaughter” reports that twenty years ago the average brand would produce between 200 and 250 different outputs per year. This is a time when media choices were largely traditional and campaign planning was an annual event.

Today, or more specifically in 2015 (so it is potentially much worse) the average brand is producing 2000 – 3000 or more outputs per year. What has driven the exponential growth in outputs? Social media and digital media and the desire for weekly or daily updates to feed the appetite for new content.

It gets complex. Except when you are able to move beyond simple statistics to develop an algorithm or formula for calculating the same. But more on that later. The issue is if you over or underestimate the economies of scale you end up paying too little or too much. Neither of which is the desired outcome.

Increasingly the industry is talking about the output fee model as a pricing or value model. That the desire is to move beyond the underlying cost of human resources, to develop a model based on the value of those outputs. We fully agree with this approach, but nonetheless, the first step is always based on understanding the current productivity and workload of the relationship in producing those specific outputs.

If the current agency relationship is underproductive, then any output model based on the current resources will continue to be underproductive. What we mean by underproductive, is that it takes more time to produce the output than the industry average. This loss of productivity can be due to wasteful processes, duplication of effort or misalignment of expectations.

Our first step in setting output based fees is to assess the current level of productivity in the relationship, to allow advertisers and their agencies to be able to identify and discuss ways to improve this before moving to an output based fee model.

As mentioned, TrinityP3 and Farmer & Co have a significant data sample from many agencies and many markets across the wide range of advertiser categories and agency types. But beyond simply providing a statistical view of the data, we have been able to model the data to develop a formula or algorithm that allows us to accurately calculate the resource requirements for a specific scope of work or combinations of agency outputs based on these Scope MetricsTM.

Using these formulas and the addition of specific variables to define the relationship, we can accurately calculate the workload of a particular output. What that means is while we acknowledge that a television brand ad or a promotional television campaign is not the same for every advertiser and every agency partner, we can calculate and adjust the output model to the specifics of the current relationship.

But that is just one of the many things that the Scope Metric TM model can allow us to do. You can find out the others here. It can even help us assess the value of your agency fees past, present and future.

And if you are developing your own output-based or value-pricing model and wanted to have us assess it to ensure you are not falling for any one of the many traps and pitfalls, we are happy to do that too. 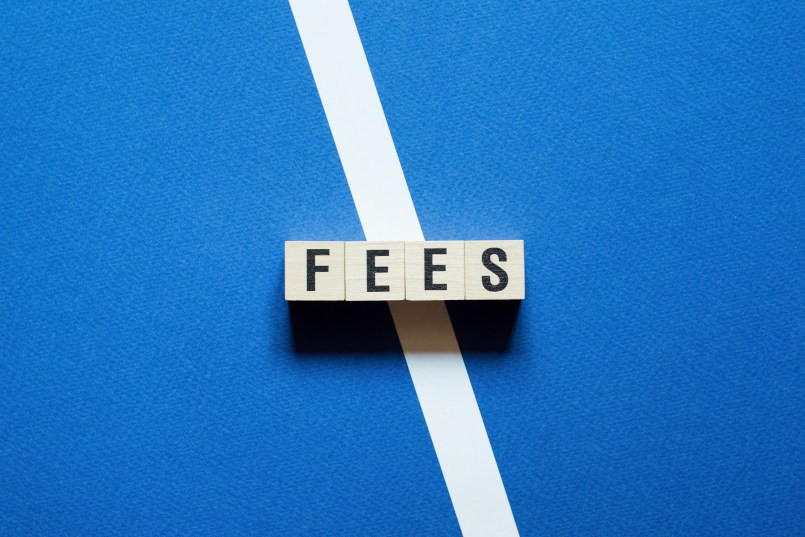 What should my advertising agency cost be?