Clients often ask us if we see the same patterns in marketing organisations, processes and structures time after time, project after project. And for any consultant, the temptation is to say yes, because you assume that answer engenders a certain confidence on the part of the client. Oh good – you imagine they would think – they’ve got experience in working with this kind of challenge in other companies, and so they’ll be able to make short work of this project.

But the truth is that looking for the same patterns only gets you so far. It can certainly help with choosing the most effective techniques to apply during the process. It can also save a lot of time and money along the way. But so often – in fact nearly all of the time – the picture that finally emerges during a project is pretty much unique to the organisational, market or business challenge in question.

In a complex world you need innovation

That’s when you need to start breaking new ground and developing bespoke solutions and approaches if the objectives of the project are to be achieved.

But that’s also when a lot of clients start to get nervous, and start asking for case studies from overseas markets or examples of ‘best practice’ or models we’ve implemented with other clients.

This is because what some see as creativity, innovation or flexibility in the pursuit of an objective will always be seen by others (especially those with procurement in their job title) as simply ‘Making It Up As You Go Along’. (Or MIUAYGA, as I shall call it for the rest of this post, in the hope that it starts sounding like a martial arts discipline.)

The power of “making it up as you go along”

Last year, Oliver Burkeman wrote a short and tremendously entertaining article in the Guardian, titled ‘Everyone is just totally winging it, all the time’. First of all, it was intended as a source of relief to all those who assumed that they were the only ones practising a bit of MIUAYGA. Secondly, it presented a challenge  – try admitting this is what you’re doing now and again, and don’t be scared that you might be seen as less smart or less able as a result.

MIUAYGA is much more than something you hope no-one discovers you doing. In business – and especially in marketing – it’s incredibly important. Indeed, complexity theory and David Snowden’s hugely helpful Cynefin Framework would suggest that the past – or ‘best practice’ – is often a terrible predictor of the future, and that emerging or novel practice is the only sustainable approach to any complex system – a description which would certainly include every market, organisation, brand or roster that we’ve ever worked with at TrinityP3.

The trick is to have enough confidence in your business, your team and yourself to allow for a bit of MIUAYGA. Actually, to encourage it, and to get better at it, and to believe that it is often the difference between success and failure. This is tough to do, however, because in business we’re all a bit suspicious of it.

To counter this, the thing to remember is that people hardly ever get smarter as they progress through their careers. They just get more experienced. And experience can cut both ways.

Experience means people can respond to a set of circumstances more quickly and effectively than when they first encountered them, or can employ strategies that they know have worked before, or can see patterns that are familiar and act accordingly when others are still studying the data. And they can certainly make greater intuitive leaps based on this experience – the kind of lateral and creative step-changes that can change whole businesses. This is all terrific. Experience can be brilliant.

It is not about pretending you are smarter

But all those same terrific things that experience brings can be completely negated if you believe – for a second – that you are, actually, smarter, rather than simply more experienced. Because, the logic goes, if you’re smart then surely you can’t also be a Master of MIUAYGA.

This is why some marketers end up certain that this time is just like (or completely unlike) the last time. Or that something should be done because it is ‘best practice’ (whatever that is). Or we should just do what Google or Apple did (whatever that was).

It’s also why some marketers start thinking it’s a good idea to say things like ‘let’s reach out and pivot around the key learnings to get granular on actionable value-adds that leverage our core base’.

I was once privileged enough to be working as agency new business director alongside one of the most intelligent advertising planners I ever met. He was someone who could think on his feet better than anyone – the ultimate master of MIUAYGA.

Our agency was without a beer account. So this incredibly clever man took it upon himself to read every effectiveness paper ever published on beer advertising, and boil down the common elements in the successful commercials into a set of universal beer ad rules. Then the creative department proceeded to write a campaign following those rules.

With a pitch like this, and the planner’s reputation, I of course quickly got meetings with two of the biggest breweries in the UK on the same day. At each meeting my award-winning planner outlined his approach, set out his infallible golden rules and then – with a very British flourish – presented his campaign.

The response from the clients – who by then expected so very much – was painful to see and hear. Needless to say, we won no business.

My UK planner friend, because he was actually just properly smart, read the bruising feedback right away. Over a beer that very evening, he laughed loudly at his own hubris, proclaimed his recent efforts to be a ‘right fucking waste of everyone’s time’ and moved on with his consummate style to engineer many other commercial successes for our clients through MIUAYGA. Last I heard he was doing just the same for clients across China.

So, what about you? Have you left yourself room to become a MIUAYGA master (at least from time to time) in 2015?

See all posts by Nathan Hodges 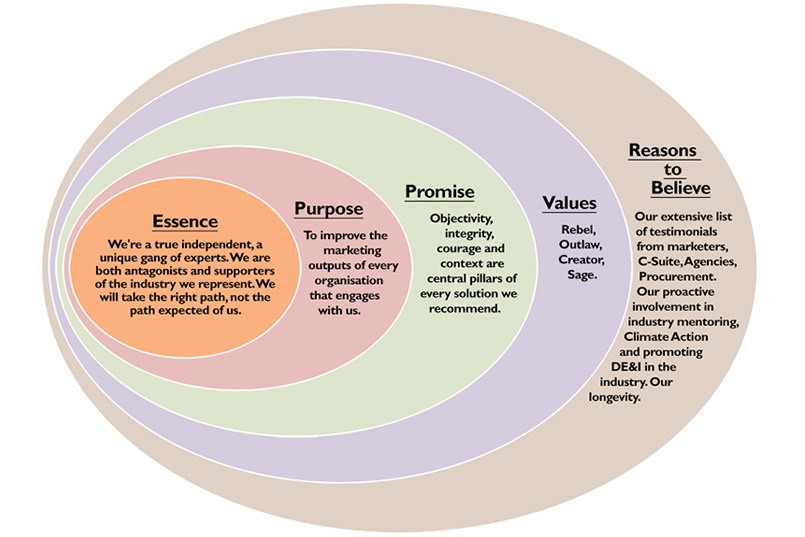 Why TrinityP3’s corporate purpose is more than just brand