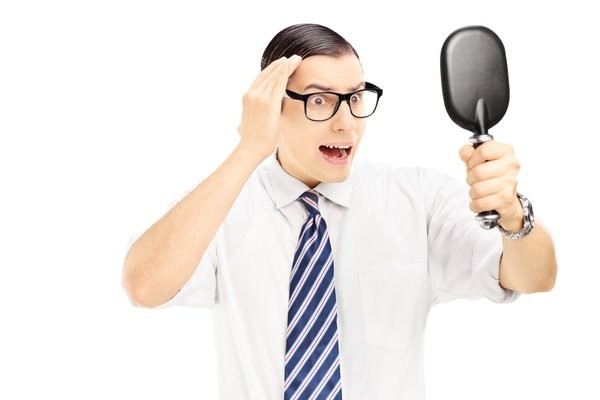 The most hated man in media? Or simply the most honest?

I read with interest the recent interview with Jon Mandel, the ex-Mediacom CEO credited, via some forthright conference commentary about his experiences, with playing a major role in sparking the global media agency transparency debate that has dominated much of the industry agenda over the last 12-24 months.

The frothy headline asks if he is ‘the most hated man in advertising’. I can’t give you an answer to that without doing a survey of some kind, but I do suggest that if nothing else, he’s being pretty direct and honest in his opinions (albeit ten years after actually running a media agency).

What’s all the fuss about?

All the key topics were covered in Jon Mandels’s interview; the role of AVBs, the US-based investigation into agency practices, the newly released ISBA guideline contract out of the UK, the legal action allegedly taken by some agencies to protect their secrets, and the drain of distrust, complaint and counter-complaint around which media agencies, marketers and commentators are viciously circling.

The importance of an agnostic approach to media strategy

Much of the debate is – well, debatable. But the one thread in the whole piece that surely no-one can disagree with relates to agnostic media strategy.

‘At its heart the debate around transparency and rebates comes back to the role of media agencies and disclosure’ said the article. ‘Marketers don’t want these rebates to influence the advice they receive from their agencies and fears planners are prefferencing the forms of media that give them best kick-back.’

Agnostic media strategy, when all’s said and done, is pretty much the most important thing an agency can produce for its client, because it has a direct link to the business effectiveness (not the media efficiency) of a campaign.

I’ve talked about this before, most recently in a webinar on the topic of trust and transparency . Seriously – leaving everything else aside for a moment, if the client can’t rely on the agency for objective and agnostic media advice, then what the hell are we all doing here?

How much bad agency behaviour is driven by the client?

Barriers against agnostic media planning have been in place way before trading desks and AVBs became fashionable (or at least, before they became subjects of public transparency-led conversation).

Often, these barriers are erected at the client’s insistence – or, the client has bought into them via a competitive pitch process.

It’s not just about ‘kick-backs’

Kick-backs are bad. Transparency – hmm, very very good. Yes, all makes sense so far. But it’s not all about kick-backs and transparency. At least it isn’t when you dig deeper into what makes many client-agency relationships tick.

How many people reading this have ever seen an agency contract where the buying of ever-cheaper TV airtime is linked to a financially incentivised KPI? I know I have.

One client I worked with in the past wasn’t even interested in the quality of the airtime, or the accuracy of the TV buy; it just wanted massive TARP over-deliveries at all times, which, without getting too technical about it, doesn’t actually represent a well-planned or efficient TV buy anyway.

Most others who performance-manage agencies in this way also want continuous year on year decline in media cost, no matter what the market is doing, which naturally leads to the bottom of the quality funnel.

So what are these scenarios going to lead to? That’s right. They’re going to help determine not just what channel the agency recommends (in the case of my TARP-obsessed client, it’s TV) in what quantity (a lot), but even how that airtime is bought.

How about remuneration structures where 50% of the agency fee is placed at risk against a ‘cash savings’ model? The agency, in this case, struggles to get paid enough to even cover base costs, unless a massive year on year ‘cash saving’ from the media cost is realised.

Market fluctuations, changes in strategy or buying approach that could be the right thing to do, may adversely affect the cash savings position. So, the agency focuses all efforts in making that saving by keeping a status quo in media strategy terms, buying the channels and the networks best suited to this purpose.

In one case I saw with my own two eyes, the condition was that, if the annual cash saving target (which was in the millions of dollars) was not reached, the agency actually had to pay the client, literally write a cheque, to cover the annual variation between the target and the agency performance.

Yes, you’re right: what on earth was the agency thinking of agreeing to such conditions; and also, I should point out that it worked the other way too, in form of agency bonus. Although of course, the agency had to work bloody hard to achieve this, which meant even more cheap media.

Ultimately and either way, the client’s demands and behaviour created a position of ‘cheap at all cost’. Does it deliver best practice from the agency? If you like lots of cheap airtime – yes. If you want the agency to act objectively and actually deliver the optimal plan for your brands or business – no.

Maybe you’ve seen contracts where the agency simply isn’t paid for any strategic resource, and so ends up either providing strategic insight for free, or not at all? I’ve had clients who, without any form of compensation in contract or via a project, expect the agency to send their most senior strategic figures, in addition to their core account team, to one or two day workshops, every six months; or come up with a minimum number of ‘innovations’ per month and present them.

Many clients believe that the agency should be doing this anyway, out of sheer love of their business and a desire to retain it. The agency giving away time, IP and resource for nothing in the strategic area becomes the norm. And this is where much of the negative tension resides in agency staffers – fear of ‘losing the business’ or the business ‘going to pitch’ drives acquiescence. Something which some clients, in my experience, exploit in depth.

Or perhaps you’ve pitched a group of agencies on a ‘cheapest wins’ model, based on an exhaustive trading cost template designed to understand, at molecular level, the bottom-line cost of buying media? There are a number of media agency pitches, that shall remain nameless, that have been run on this basis across the last 12 months.

Poor little agencies? Not a bit of it.

We can argue all day about the merits of agencies devising, or agreeing to, these kind of structures. Agencies caving in to unreasonable demands, or putting massive promises in pitches, has been happening consistently across the last 10 years at least.

Like many, I’d love to see a more transparent media agency industry, one less plagued by ‘dirty’ accusations. I recently wrote about the client’s right to at least understand the level of transparency at which its agency operates, and I stand by this. When conducting Media Transparency, Performance and Value Assessments for our own clients, level of transparency relative to level of comfort is a consistent topic of conversation.

But the fact is that a lot of these issues stem from past and current definitions of how a media agency is expected to add value, and what the client expects to pay the agency for. Some of these definitions are perpetuated by the agencies themselves, alas, alas.

What you sign up to is what you’ll get.

Here’s the thing. If a client hires an agency based on a contract set up in the ways I’ve mentioned above, it is at least partly complicit in developing its own blindness to what the agency is doing, before AVB’s are even in the frame of reference.

As long as clients demand, or are seduced by, ‘cheap’, the agency is ultimately going to give them cheap. But with cheap comes a cost. The agency has to make money somehow. And if it’s incentivised, in whatever way, against the provision of ‘cheapest is best’ media, then like any business it will attempt to capitalise on such incentives, and in doing so will put the concept of agnostic media planning, not to mention the client trust in such a thing, at risk.

So what am I trying to say?

I’m certainly not suggesting that everything that agencies do is right, far from it.

And I’m not denying that there are many things that can or should be done by agencies to improve the whole transparency situation.

But I am saying that clients who really want transparency, especially in the form of agnostic media planning, need to take a good hard look at their contracts, their priorities and their behaviours, before going to their agencies with all guns blazing.