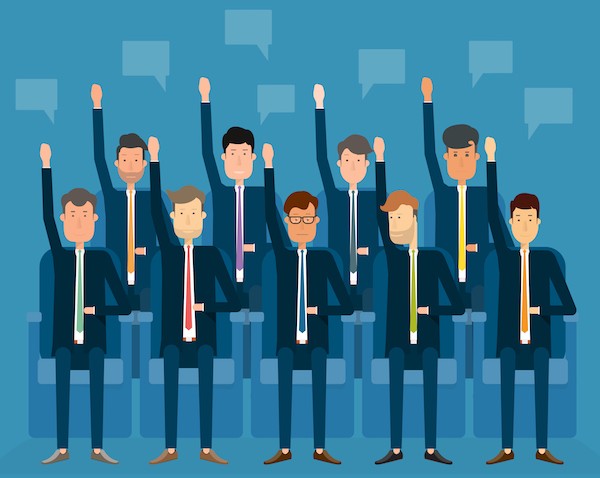 A common question we are asked is “How many agencies is ideal for a roster?” And while Nathan Hodges provided a comprehensive answer to this in our industry webinar series last year, the short answer is “As many as are needed to get the range of tasks done that need to be done and as few as possible”.

But an interesting observation is that in this process most marketers believe they have only 2 or 3 agencies, when in some cases we have gone on to identify ten or more times as many. Even when confronted with the spend data, some marketers will tell us they are just suppliers and not agencies.

So it raises the questions:

The history of the agency

While today very few client agency contracts define the relationship as a principal agent, the term agent and agency lives on in creative agencies, media agencies, digital agencies and the like. But it is not applied to design companies, public relations companies and firms or research companies.

But the original agents and agencies were agents of the media owners. The media owners accredited the agencies to allow them to buy media on behalf of advertisers in return for meeting financial and professional standards that would guarantee payment to the media owners.

But today, few if any arrangements are actually agents. But the importance of this relationship appears to live on.

Is it strategic or financial importance?

It could certainly be that the term ‘agency’ is reserved for those suppliers who fulfil an important strategic role in the marketer’s roster. Or it could be because of the significant size of the marketing budget invested with these suppliers, especially media agencies, where 95% of the spend goes on to the media owners.

But we have observed enough exceptions to question this. A prime example is how data analytics and market research is usually exempted from any roster consideration, with marketers seeing this function as outside the agency distinction. Yet it could be considered that these skills are particularly important for informing the marketing strategy.

Another exception is in areas such as sponsorship management and activation, also often excluded from the marketer’s consideration of their roster size and composition. Yet, like the media agency, the total sponsorship spend for some corporate marketers is commensurate or even exceeds the media spend.

Number of suppliers by spend per supplier

When we have reviewed the marketing spend of some of our larger advertisers, we will often identify many hundreds of suppliers. This is often a shock to many advertisers and marketers, either because they do not have a total view of the roster or they mistakenly have an artificial filter on what constitutes their supplier roster.

Of these forgotten suppliers in the marketing roster, many could often be considered small, undifferentiated agencies that provide a range of services such as creative, graphic design, studio, digital and website development. In each case, the spend with each supplier is relatively small, often between $10,000 and $50,000 in the past year. This is just about the total of a project or two or more, yet possibly small enough to be overlooked by finance and procurement.

The issue is that when you multiply these small spends across the large number of suppliers of this type, then very quickly the totals exceed millions of dollars in spend. It is clear from analysing the spend pattern, that these additional suppliers are actually undertaking work that would normally be placed with the main agencies on the roster. It is effectively leaking from the main agency revenue into this plethora of small and forgotten suppliers.

Eroding spend from your core roster

This leakage of spend from the core roster to a multitude of smaller suppliers comes at a cost. Often the additional suppliers are justified on the basis that they have lower rates, but the loss of scale and the additional cost of managing a growing roster means this is false economy.

Just because a marketer does not account for a particular supplier or a category supplier in defining their roster does not mean that these suppliers do not come at a cost. The following aspects need to be considered:

Agencies are suppliers and vendors

It is important for marketers and advertisers to ensure their roster of suppliers is structured and operating as efficiently as possible, otherwise their budget is literally leaking away.

One of the issues appears to be a lack of awareness as to the actual roster size and composition. While there is an awareness of the total marketing spend, this lack of insight into the multiple suppliers within the roster means that often the leakage goes unseen.

We recently assisted a client who reduced their roster by more than 70%, simplified the management of their suppliers, and in the process delivered almost a million dollar saving in their marketing spend.

The problem appears to be this focus on the core agencies, often referred to by the agency and client alike, as their partners.  A better approach is to think of all your agencies, vendors or even ‘partners’ as suppliers and all part of your roster. This ensures you take a holistic view of the roster and see all of the opportunities.

So the question we have for you is “How many agencies and suppliers are on your roster?” And “How much is that costing you?”. If you don’t know then perhaps it is time to find out.

Why do you need this service? Click here to understand more