Precision, in marketing and advertising terms, represents the now, the next and the later. Who needs the old-world model of broad-brush advertising at scale, when you can pinpoint your potential customer at ‘addressable’ level?

Well, despite the talk, the product development and the various forms of commercial evolution, the answer to the question is ‘media agencies’. Addressability represents a threat to media agencies as things currently stand.

This might sound damning to media agencies. It’s not intended to be. As always with this part of the industry, things are not straightforward.

This legacy of purpose – placing the cost of inventory at the bedrock of the media buy – represents a fundamental building block of a media agency, used to generate revenue, new business growth, and margin.

Using reams of data to build bespoke customer segments and using such segments as a building block in the delivery of addressable advertising placement should not favour any specific leveraged trading deal.

A purely addressable media buy shouldn’t care about the apparent P25-54 ratings popularity of specific properties, timeslot data from a year ago, mandated daypart splits or long-term relationships between agencies and networks.

It shouldn’t care about network share incentives. It shouldn’t care about the inventory media agencies have purchased up-front in order to on-sell, private marketplace deals, preferred DSP suppliers, the share of budget given to ‘digital’, the inventory given free of charge as a result of AVB clauses or how much of the buy is traded programmatically.

Nor should it care, at least not primarily, about lowest cost or highest reach.

The challenges don’t begin and end with the agency, of course. Their clients, more often than not, either are not set up, or simply will not pay agencies to be agnostic. If you’re financially incentivised to deliver low-cost inventory results in certain channels, then the media buy will be skewed to deliver.

If you’re paid different levels of service fee or commission in certain channels, then the buy will ultimately gravitate to those channels.

True precision in media buying wipes all of this away, representing a revenue threat to agencies, unless contractual and fee models between advertiser and agency evolve to cope.

Furthermore, the commercial set-up of many trading deals between media agencies (or their holding company parents) and media owners simply won’t permit 100% agnostic delivery. Not just the old fashioned, volume-driven TV network supply deals, but also the various forms of inventory deals that exist throughout the programmatic supply chain, starting with what are essentially related third-parties of the media agency in question.

The eventual solutions, and the ability of the agency to deliver ‘success’ still rest, to varying degrees, against a ‘preferred network’ or an ‘inventory supply’ basis.

The problem of ‘separation’

Established media agency networks have responded to this by developing precision targeting technology platforms of their own designed to filter out such bias and develop a true precision buy, as well as measuring the results.

But, of course, there are problems with this approach. Some believe that such solutions represent an agency marking its own homework. Even with its own developed addressability platforms, agencies can still work within a ‘preferred network’ structure. Some question the true level of capability housed within traditional agencies, versus pure-play data experts.

The implication? If you want a truly agnostic approach to the media buy, the people who formulate or deliver the strategy of the media buy via data insights or technology need to be completely separated from the people actually placing the airtime.

If that’s the case, what is the fate of the traditional media agency? Reduced to simply trading what it’s told to trade, at spot by spot level, regardless of network, by an unrelated ‘data insights’ organisation? Such organisations do exist. Having ever-greater parts of the media buy absorbed into SAAS or in-housed models? It’s happening.

To adapt, holding company networks (the organisations that own the media agencies) need to re-consider the approach to the way in which their media agencies are driven. The well-worn agency rhetoric of ‘we are tech-agnostic’ isn’t matched by the reality.

Agency leads are often KPI’d on the direct sell-in of their own related third-party technology solutions to clients. Whilst it’s obviously understandable, this approach can be counter-intuitive, because it raises questions about the ultimate integrity of the media buy – questions which will only get louder as addressable advertising becomes more mainstream.

Instead, agencies need to find a way of working with their clients in a consultative capacity to implement the correct technology without directly influencing partner selection, and then play a role in applying a human lens, strategically speaking, to planning the solutions.

If the chosen technology solution ends up being a sister-entity of the agency, then the correct contractual boundaries need to be established to protect the boundaries (no more media agency contract addendums to cover, for example, the build of an attribution model by the agency’s sister analytics company).

Agencies would argue, of course, that this already happens. And it does, in pockets. But are the agencies truly agnostic? And are they properly paid for their involvement at a consultative level? No and no, in my opinion. Not when the account lead is KPI’d against ‘adding additional revenue streams’, when the contracts are not completely separated, and when the media agency remuneration model is based on a percentage of the media buy and either threatened or incentivised against cost-of-inventory.

From Input to Output-related success

To remain relevant, media agencies need to move from a ‘lowest media cost input’ model to a ‘business performance output’ model. And this model needs to be constant, in dollar value terms, no matter what the media channel being purchased.

If they’re going to remain owners of both strategic formulation and media trading, their remuneration model, and by implication their definition of ‘success’, needs to be based on attributable business performance. As part of a KPI framework, media cost and reach metrics need to be removed completely from the equation.

In addition, agencies need to be properly compensated for the consultative work that enables such success to happen.

Trading arrangements with inventory suppliers need in turn to be calibrated against commercial, not media, performance. Of course the unit cost of inventory remains important, but only so far as it affects the commercial outcome; it should ultimately be variable to those outcomes, rather than to the number of ‘eyeballs’ delivered.

All of which brings us back to addressability. If the model changed in the way I’ve described, truly agnostic, precision-driven media buying would cease to be the threat it currently represents to traditional media agencies which, let’s not forget, employ tens of thousands of people around the world. The subject is important for this reason alone.

Can all this really happen now, or even in the short term? Of course not. But without willing clients, agencies and media networks willing to at least investigate and test evolution, the industry remains in a dangerous position when the longer-term is considered. 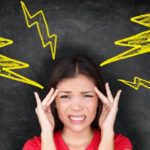 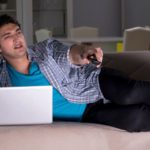