It’s not who’s to blame for media transparency, it’s who can fix it

Yes the media supply chain is murky and measurement is unpredictable and unsafe for brands plus organized crime is making billions with ad fraud. So why are many in the industry pointing the finger at everyone else rather than getting on with fixing the problem?

It has been interesting watching, reading and listening to the opinions across the media industry since the revelations more than 2 years ago of the kick-backs and rebates that were occurring. These opinions vary dramatically from a belief that much of the hard work has been done and that media agencies are much more transparent at the insistence of their clients through to thoughts that very little has changed and that the issues revealed two years ago are still major issues today.

But much of the industry commentary is focused on how the various parties need to lift their game and bring about the changes needed. But who is responsible and who can fix these issues?

Sure, the industry bodies have issued guidelines and provided contract templates for their members and the industry to implement to drive greater levels of transparency and much of the focus is on auditing and third party validations. But beyond the very public proclamations of P&G CMO Marc Pritchard, you wonder how many Marketers are actually addressing this issue with their media agencies?

Certainly, most  media agencies have been working to meet industry expectations in regards to fee transparency with most offering their clients the choice of a disclosed or non-disclosed financial model. But anecdotally, it appears that the majority choose the non-disclosed model, which lacks the very transparency the industry is calling for because it usually comes with the guarantee of lower cost for media.

In fact an industry poll on media transparency we ran recently showed that the majority of respondents found little benefit or change in the call for greater transparency.

Clearly, there is more to be done by advertisers themselves in embracing media transparency and working through the issues with their media agency.

There is an on-going debate and industry discussion regarding digital media metrics. On one side we have the advertisers and their associations demanding consistent and reliable metrics that would allow for cross platform comparison of media performance and on the other we have publishers and aggregators and their association, the IAB, trying to placate the advertisers while at the same time maintain metrics that place digital platforms and viewing performance in the ‘best light’.

While various bodies work on achieving a valid cross platform media metric it is important that advertisers and their agencies remain aware and transparently informed of the various platform metrics, their definitions, limitations and meaning and not be misled by what appear to be simple solutions to these complex challenges.

Back in February 2017 when The Times reported that “Advertisements for hundreds of large companies, universities and charities, including Mercedes-Benz, Waitrose and Marie Curie, appear on hate sites and YouTube videos created by supporters of terrorist groups such as Islamic State and Combat 18, a violent pro-Nazi faction” it was a wake up call for advertisers.

No advertiser, or their CEO, Board of Directors or Shareholders wants to see their brand associated with terrorism, hate speech and criminal organisations. Yet the report highlighted how digital advertising was appearing in editorial and content environments that were harmful to the brand.

There are of course steps that advertisers can take to improve brand safety, the question is are the brands taking these steps or taking the risk that they will not end up on the front page of a major news media outlet?

It has been reported that AdFraud could become the second largest global crime activity after illicit drugs – and we have seen how much money has been spent trying to win the war on drugs. And the problem is just getting worse.

The biggest innovation to date is ads.txt. Ads.txt is a simple, flexible, and secure method for publishers and distributors to declare who is authorised to sell their inventory, improving transparency for programmatic buyers.

But as fast as the industry looks to close loop-holes and reduce Ad Fraud the fraudsters are able to hack new ways of defrauding advertisers of billions of dollars a year in ad spend globally. Of course there are some steps advertisers can take to minimise their exposure to Ad Fraud. And with digital ad spend continuing to increase you would hope advertisers would be taking these steps to minimise the risk.

But a recent industry poll we ran asked about the fight against digital ad fraud?”

Only two percent of respondents believe we were definitely winning. But as this is such a major crime that is potentially funding terrorism, human trafficking, drugs, political manipulation and the like the question has to be asked as to what Governments are doing on this issue? Or is it just too hard?

Everyone is talking about media transparency – Rebates. View-ability. Flawed metrics and Ad fraud.

Plus there has been a lot of finger pointing too:

At media agencies and their holding companies

At the digital publishers and ad exchanges

At the Ad tech firms and their VC investors

But the focus should not be whose fault it is because in many ways it is everyone’s.

It’s more important to decide who is going to fix it.

The advertisers can set their expectations and their supply chain contracts

The media agencies and holding companies can put pressure on the Ad tech companies and publishers on consistent and meaningful metrics.

And everyone involved needs to bring political pressure for governments globally
to investigate and prosecute the criminals stealing billions of dollars a year through online fraud.

So are you playing your part? 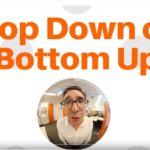 Top down or bottom up budgeting – which one is best? 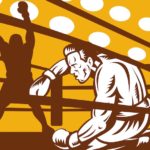 Pitching: The problem is not the game, it is the rules.