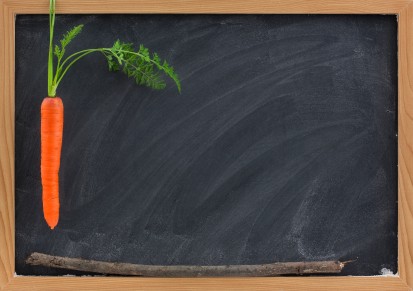 Performance based remuneration or payment by results (PBR) is a component of many agency remuneration deals, but the fact is that in most cases both agency and client will tell you that it does not work.

The concept of providing a bonus payment for achieving results or rewarding desired behaviour is very attractive and has great merit. The problem is that it is rarely executed effectively enough to deliver the strategic outcome.

This is because of some very fundamental mistakes people make in implementing PBR, which include:

To encourage change or incentivise performance there needs to be a carrot, and quite a sizeable carrot at that. Too often we see performance bonuses that are really relatively small change in regards to the overall remuneration proposal.

A very popular one from a procurement viewpoint was to have the agency sacrifice 5% of revenue for the opportunity to “earn” 10% back if they achieved the KPIs. Ask yourself, if your boss offered the same deal would you jump at it? Firstly, why give up anything that is certain for the uncertain. And secondly, is 5% really much of an incentive? After tax it is more like 3%.

So if you are taking performance bonus make sure the carrot is big enough to be a significant incentive, otherwise everyone is wasting their time.

We were working with an FMCG who proposed a sales growth bonus for the agency where they agency could achieve a 20% lift in revenue if the company achieved their double-digit objective. I stupidly forgot to ask how achievable was this objective, but the agency pointed out that the sales objective was the same one the company had for the past 3 years and had never achieved it.

So here is the next point, if you want the agency to align themselves to deliver your objective make it one that there is a realistic chance of achieving. Of course you can also have a stretch objective, but if the only bonus is realistically unachievable based on history and circumstances then it is really not an incentive.

The one way around this is marking the result and payment continuous rather than a discreet all or nothing. That is if you achieve half the result, then half of the bonus is paid and so on.

Reviewing the agency remuneration of another client recently I noticed the contract had a PBR clause and asked if this had been paid. In the 3 years of the contract, no one had been able to calculate the PBR for two reasons.

Firstly, it had more than 12 different KPI measures and the person who has designed it had left the company and secondly it was realised that the cost of commissioning the research to provide the data that was required to calculate the PBR would cost more than double the value if the PBR payment.

This is not rocket science. The KISS principle applies here, Look for the measures that are already in place and then choose no more than 3 relevant criteria that will align the agency rewards to the organisational or corporate objectives.

This was a classic mistake, which really hit home during the GFC. Quite a number of PBR models were based on KPIs that were highly relevant to the marketing team and the agency, but were totally irrelevant to the business.

So in a time of economic contraction when budgets and profits were in decline, many agencies were meeting the KPIs on relationship performance and brand metrics, while the company itself was facing falling sales, shrinking margins and smaller profits. Imagine how happy the CFO was signing the “bonus” cheque for the agency, boosting the agency profits, when the company bottom line was failing.

Often the marketers would want to suspend the PBR last year rather than rub salt into the financial wounds. At least some component of the bonus should relate to the value generated. In a time when the company is facing negative performance it is a hard business decision justifying paying a supplier bonus, no matter how well they “performed”.

Finally, both advertisers and agencies try to make the bonus payment linked to their contribution. Often agencies will shy away from sales and profit measures because they quite rightly say they do not control or influence all the steps and channels of the sales process such as retail, call centres and sales teams. Likewise, clients with a major growth brand want to limit the agency bonus to what they see as the agency’s contribution.

In one case the agency proposed doing all the communications work at cost and their profit to be linked to the profit of the new product launch. The idea was knocked on the head by procurement who said the agency could possible earn more than 50% profit on their revenue, but they were overlooking the fact that the company would make many times that in real terms, with the agencies share less than 0.5%.

If you want to get alignment and partnership then you need to embrace risk but also no limit opportunity.

When PBR works well, it works very well at aligning the marketing team and the agencies to the overall corporate objectives. It is just a pity that too many people try to protect their patch to actually let it work well.