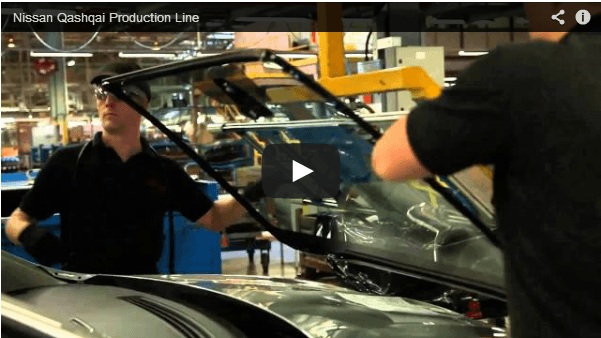 One of the issues that arises when decoupling production, especially to a transcreation specialist, away from the creative agency (and I am using creative in the context of producing ideas and concepts so could include design, digital or advertising) there is a demarcation between the two processes. I have written previously on this with the thought that it should not be considered a continuum, but is actually two interlinked stages. In fact, the secret to separating these two processes is how you think about the actual process itself.

I have found that you can think about the development of advertising much like you would think about the development of an automobile. Much of the language for the two is very similar. There is consumer research, strategy, design, concept testing and then a prototype and more testing before specifications are developed and it goes into production.

Eliminating testing, the main steps in the process are:

Look familiar? This is very similar to how advertising moves through the process in response to the marketer’s brief. There is a communications strategy, concepts, quoting and then production.

But lets look at these steps more closely and see where collaboration and hand-over naturally occur.

The designer then develops sketches and drawings forming these into concepts much the same way as the agency creative do in response to the strategy. There can be several iterations that are explored or tested to find the best solution.

The prototype brings the concept to reality and gives it shape and form. It is an expensive process, but an important one, to really understand the viability of the design and concept. In much the same way, in advertising this can be the comprehensive layouts and storyboards. It could be taking it further to animatics or even producing the one off execution of the concept. It depends on the requirements of the marketers and the capabilities of the transcreation company.

While the automotive engineers are involved in the design, this is where the engineers take the lead in developing the specifications for the manufacture or production of the vehicle. It is also where the transcreation company, which has been privy to the strategy, concept and prototype, comes to the fore and leads the production specifications in consultation with the agency creatives and the marketers.

When the vehicle goes into production, it is the engineers who oversee the output. Of course the designers may see the first one or two, but at this late stage it is more out of courtesy than need. Unless of course a problem or issue arises that requires a design rethink. But you would hope that as they roll off the production line most of these bugs have been well and truly ironed out. As the transcreation company begins to undertake translations and make culturally required changes to the concept expression, the agency creatives are consulted largely out of courtesy or if there is an issue.

What this provides is a natural transition between the concept design and the production process and that is the prototyping and the specifications. On one side the agency creative on the other the production team.

It provides a natural transition, with each party knowing their role and responsibility.

Interestingly, when you look at the way the automotive industry invests in the various stages of the process, the upfront is where they spend time and money making sure they get the design and concept right. Then in the specifications they look to achieve the economies of scale and the manufacturing efficiencies to reduce cost where possible and maximise return. This is the reverse of the way marketers currently invest with around one percent of marketing budget invested in concept development.

That is my prototype model for thinking about the advertising creative and production process.

What do you think? Is it useful? Can it be improved? Leave a comment and let me know.

4 thoughts on “A prototype model for the marketing communications process”