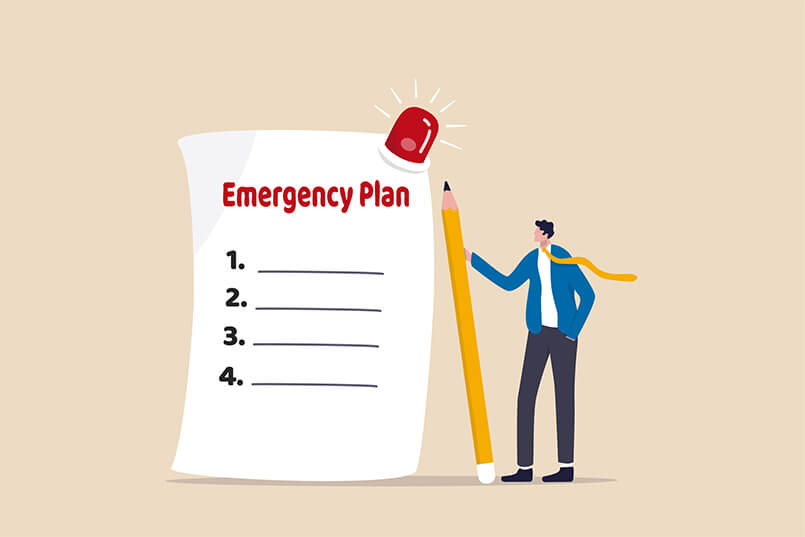 A summation of Ritson’s message is ‘rely on advertising and marketing theory and past experience; resist the urge to succumb to short term panic and de-prioritize marketing expenditure; find budget and sales value growth from pulling other levers in your business appropriate to ‘recession time’; go back to basics and in doing so, keep your organisation in the game by continuing to make balanced investments that build a brand and drive commercial return.’ Oh, and – of course – ‘cut out the bullshit.’ Well, it wouldn’t be Ritson without this last bit, would it?

All very good. But by way of extension, aside from the strategy and execution of marketing programs during a recession, there are numerous operational dos and don’ts that, in our experience (22 years of business in both high and low economic cycles), marketers should consider as things become scary and uncertain again.

R is for review and preparation.

‘Times, they are a changing’. Well, that’s true most of the time but if we’re heading into recession, it’s best to review things ahead of the curve. Are you working with the right internal structure? Do you have the right blend of capabilities? Are there supplier agreements that need renewal? Are your people all pulling in the same direction? Where are the inefficiencies in the process and what improvements can be made?

E is for ensuring the focus remains on value out, not cost in.

Cost is a subset of value. Value is not defined by cost. When working with suppliers, particularly with agencies, if you’re able to re-negotiate agency fees or remuneration structure – where possible, negotiate on an output-based model, which pays fixed and fair fees for set tasks, as opposed to paying an agency by the hour, which rewards inefficiency. Structure KPIs based on sensible commercial outcome targets, not cost input targets such as ‘buy cheap media.’ Adapt those targets in line with your own for recession – make them hard but fair. And ensure that the agencies remain rewarded for excellence.

C is for considering the consequences of applying downward cost pressure to agency partners.

There’s nothing wrong with periodically renegotiating agency contracts. I’ve just said as much in the previous paragraph. But there’s a big difference between sensible negotiation based on clear scope, and simply applying downward cost pressure on agencies – can you do the same thing for less money, buy the same media for less money, produce the same advertisement for less money, cut your fees and do what we ask even though we don’t yet know what shape that’s going to take. You’ll end up with lower value outputs, a stretched and downgraded agency team, bad feeling, and a disinclination to work with you. Agencies and other suppliers are in business too. If you want to drive the best value from their expertise, making swinging cuts to their lunch is not the answer.

E is for effective prioritisation.

As the scope and complexity of marketing grows, so does the number of tasks required of a marketing team. So often, we work with organisations in which we uncover a huge amount of process inefficiency caused by ineffective task prioritization. In a recession, where panic-driven actions are likely to exacerbate this problem, it is critical to establish a sensible prioritization framework that allows a marketing team to responsibly manage the internal and external processes and workloads. Our experience in helping organisations implement a prioritization framework is that it can deliver a 15-20% improvement in efficiency, with corresponding upsides to team morale and capacity.

S is for sharing the problems, finding the solutions.

From an agency perspective, when things get tough for a client in a recession or otherwise, it often becomes noticeable via the tone of communication, the lack of information or context in a brief, and an absence of broader strategic rationale. It becomes less about considered requests for recommendations and more about ‘just do it, because I’m telling you to do it, or I’m being told to do it.’ Your agencies, if they’re any good, are worth much more to you than this. Bring them into the circle and honestly debate the challenges you’re facing, so that the group can navigate.

S is for setting the vision.

When times are tough, more than at any other time, your teams (internal, and agencies) need a North Star. What is everyone aiming for? What does success look like? How do we all want to behave, and how do we all want to deliver? These leadership stances should not be forgotten or abandoned in a recession or other crisis – in fact, they should be re-calibrated and re-enforced.

I is for internal stakeholders.

Particularly in larger organisations, we often find significant perception gaps between a marketing team’s view of their internal stakeholders and vice versa. Often, the basic building blocks of a marketing strategy or goals are unknown or not understood by the rest of the business. In a recessionary environment, when everyone is stressed, it is never more important to be clear in communication with internal stakeholders about how marketing can and cannot run; how success can or cannot be measured or validated; and the strategic priorities of the marketing function. Use of prioritization frameworks and other forms of process design can help, but this is also about simple clarity and boundaries, to avoid the avalanche of competing, impossible or strategically dubious briefs that will be thrown at a marketing team.

O is for operating a streamlined roster structure.

While value out, rather than cost in, is always the right way to go, this does not necessarily mean that you are operating with a fully rationalised roster. Instead of trying to apply downward cost pressure to individual agencies, consider your roster as a whole. How many grey areas exist between agencies – are any agencies redundant in the mix? Is there duplication? Are remuneration models consistently applied? Are there any consistently bad performers? Could the roles and the responsibilities of the agencies, and your interface with your agencies, be altered to better effect?

N is for Never knee-jerking into ‘search for cheaper’ pitches.

In a recession, there will always be pressure, particularly from procurement teams, to ‘cut costs.’ Cutting costs is going to make sense in some areas; it does not make sense as a primary rationale to take your agencies to pitch. Leaving aside the internal cost and disruption associated with pitching and the aftermath of pitching, there is a significant risk of bad decision-making and future problems resulting from a knee-jerk cost-driven pitch.

Continuation of a proper marketing strategy during a recession, as per Ritson’s article, is important. Just as important is the sharpness of the various tools at your disposal to deliver it.