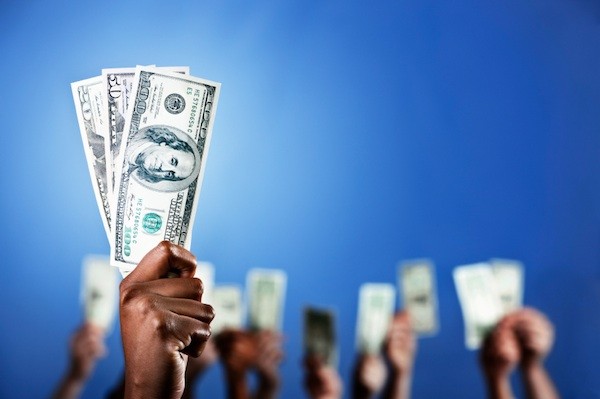 The very first advertising agencies were actually media agencies. It was only later, around the mid 1800s that they started to offer creative to run in the media space they were buying as a way to attract more clients.

But when you think of the system implemented at the time, including accreditation and media commissions, in many ways the agents were more like selling agents than buying agents.

The media owners found it very convenient to set up accredited agents as a way of minimizing their risk of defaulting debtors, by setting strict financial requirements on the media agents and effectively passing this risk to the agencies.

Then they paid the agents a commission based on the volume sold to the clients. It was only later, after the introduction of providing creative services, additional fees were levied by the agents on their clients.

With the dismantling of accreditation in the late 20thCentury, the media agencies began to get remunerated based on the resources and services provided to the advertisers. Under enormous competitive pressure and a largely undifferentiated marketplace, the margins fell to unsustainable levels. Yet media agencies continue to report reasonably healthy profits, because in many markets today, the media owners are increasingly funding them through additional commissions and incentives.

So it begs the questions:

How this has come about?

In the 90’s in their haste to gain independence from parent Agencies, the new Media Agency heads switched from the commission system to a resource based system of salary costs, overheads and profit margins.

The competitive pressure of the marketplace meant that increasingly media agencies were agreeing to deals that just didn’t make sense. There were reports in the early days of media agencies proposing and accepting deals that were the equivalent of a 1% media commission to win accounts.

Recent reports have the global agency remuneration fee average netting out at around 2.5% effective media commission. At these rates it is always going to be a struggle to deliver a good service.

This meant that the standalone Media Agency model was substantially underfunded.

During this time the media market was also becoming more complex and diverse with the development of the digital media market and the other technology driven channels. While margins for digital services are higher netting at around 5% there is constant downward pressure on the fees paid by marketers to their agencies.

Marketers have consistently demanded a better service and smarter thinking but few have been prepared to pay for it and now that procurement are entrenched in the media area the decision to pay more for anything is a tough one to ‘get across the line.’

Who are media agencies working for now?

For many media agencies transparent contractual remuneration would now barely cover cost. The remuneration terms agencies need to offer to win business leave them no choice but to recover funds elsewhere.

Their media agency rivals are doing it and unless they play this game too it’s impossible to compete. In fact we have seen on an increasing number of occasions media agencies offering to provide heavily discounted or subsidised fees including a couple that were free of charge.

Sadly most advertisers and procurement personnel would rather have low costs than best quality and so often the best offering in a pitch will simply get passed over if the numbers don’t stack up. Or more appropriately come down.

There are few in the industry to whom this is a surprise.

It’s the elephant in the room that everyone pretends doesn’t exist.

And ‘cleaning up’ the industry is a pipe dream.

In many cases wording within contracts provide legal avenues for recovering these funds and the myriad of trading companies sitting above media agencies would make it nigh impossible to detect by even the most thorough of forensic accountants.

It happens and it’s here to stay. No matter how much the agencies protest it is not. You could argue it is not right, but in many ways the consistent downward pressure exerted by the advertisers caused it.

Should advertisers be concerned?

If media agencies are now generating more revenue from the media owners than their clients, should advertisers be concerned? After all, how can an advertiser be sure they are getting value in the media area? How can they be sure that the activity recommended by the agency is in their best interests or is simply to meet an Agency/ Media owner commitment?

Some will suggest a media financial audit. But you only have the right to audit the agency’s accounts related to your business. What if the fund is passed through a related third party such as another entity owned by the holding company? Or what if the value is provided through bonus inventory which is being monetized with another client’s account which you cannot audit?

Today these financial audits will find the mistakes, but they will not find the new rivers of gold in media.

Others are demanding more transparency from agencies which is largely falling on deaf ears at the agency end. Because transparency alone is no solution and simply returns agencies back to their unsustainable level of remuneration. Also media agencies are a much more consolidated proposition than creative and digital agencies with the major holding companies dominating the media landscape.

Simply demanding transparency will not solve the problem, because even if the advertisers know what is going on, none of them are willing to pay the fees required to stop it. In fact many would use the knowledge simply to try and extract these funds for themselves. Both agency and media owner will strenuously fight this.

What can advertisers do?

In this new environment it becomes critical for advertisers to set clear performance goals and ensure the media agency is held directly accountable to delivering these.

And increasingly these performance goals should be both client based and media based. Media performance assessment should move beyond reach and frequency goals to include leads, sales and brand tracking measures. In this way the agency is being paid and rewarded for the value they contribute or create.

If aggressive client-based value targets are being met and exceeded then the unknowns of media owner kickbacks and pay-offs matter little. And the greater the bonus potential and upside offered by advertisers, the more likely they are to receive a healthy share of the free inventory and goodies media agencies increasingly have at their disposal as a function of these deals.

The rules have changed and smarter advertisers are adapting to the new environment. Others in the industry are finding the new paradigm confronting and confusing and find themselves like King Knut standing on the shoreline shouting at the tide to stay back.

Recognition of the new marketplace ensures smarter clients maintain their control and that Agencies continue to work for them rather than the media owners.

The question is what are you going to do? Stomp your feet and demand transparency? Or work our how to use the situation to your advantage?

4 thoughts on “Who does your Media Agency really work for?”