During my recent sojourn back in agency land, I was heavily involved in pitches.

I declined the agency’s involvement in one of these pitches, for reasons not relevant to this article. It turned into an accidentally wise decision; I later learned that no fewer than fifty-six agencies had been invited to tender for initial consideration. Fifty-six!

I understand the concept of open and closed pitches. And I’ll say right now that I’m hugely in favour of the closed approach, where a smaller number of agencies are invited based on market knowledge, rather than a free-for-all scrum of competing tender documents.

Why not an open pitch? Well, other than the obviously flawed idea that if you throw enough of anything at a wall, something has to stick, there’s the impaired decision making that comes as a result of the Paradox of Choice.

The Paradox of Choice started as a behavioural science study in 2001 and was popularized by Barry Schwartz’s book ‘The Paradox of Choice; Why More Is Less’ in 2004. To explain it, I’m going to quote directly from The Decision Lab, who sums up the basic premise better than I could:

Imagine that you need milk, so you go to the grocery store to pick some up. When you get to the dairy aisle you see that there are dozens of options. These days, not only do you have to make a decision on the percentage of fat you want (1%, 2%, skim, etc.), but also what source you want your milk to be coming from cows, almonds, soybeans, oats…the list goes on. Almost dumbfounded, you stand in front of the aisle and have no idea what milk to pick. There are so many choices that you are overwhelmed.

In short, the more options we have, the more challenging it becomes to make the right choice. And this is just milk.

For the sake of balance, I should point out that there are counter-arguments against the Paradox of Choice. As this isn’t a behavioural science paper, I’m not going to get into that here.

Suffice to say that based on my experience, the Paradox of Choice could certainly be a threat when trying to choose something as complex as an agency partner.

If milk is this hard, how hard are agencies?

Marketers, often in larger/global pitches, will often believe that more choice leads to better decision making. But the Paradox of Choice suggests otherwise.

Too much choice results in more effort and paradoxically (hence the name) less freedom and can therefore lead to an unsatisfactory choice being made. The decision will end up being ‘good enough’ rather than ‘best fit’. The chooser won’t feel great about it.

It’s going to be a fine line. But just think about it. Of all the agencies out there, only a few can claim to be truly differentiated in the way in which they position themselves, talk about themselves, present themselves at first sight.

This means that the more agencies submitting credentials at the early stage of a pitch process, the larger the sea of sameness becomes.

At this moment, we (‘we’ being the project lead, the assessment panel, the consultant if one is being used, or a combination of all of these people) are bobbing about on that sea, adrift but gamely trying to steer.

And that’s just the start. Move into a chemistry session, or a get to know the agency session, or however, you wish to make initial contact. Each agency will bring six or seven people. The more agencies, the more people. The more people, the more nuances to consider. The more nuances to consider, the flatter and less insightful any evaluation or discussion becomes. In our sea of sameness, we’re now starting to list dangerously to one side.

Let’s move into briefing all the agencies for the pitch response. The more agencies involved in answering the brief, the more potential for overlapping or similar ideas to be presented.

When there are only two or three agencies involved, can then be properly assessed in the context of the people, process, insights, and tools. But with high multiples of agencies, the harder these things become to define or separate with any degree of certainty. We’re starting to sink beneath the waves.

Oh, and we haven’t even got to the numbers yet. The financials. The cost, the remuneration, the resourcing, the incidentals, the production estimates.

Well – the numbers are the one thing that can be put in a spreadsheet and definitively evaluated. It stands to reason that with high multiple of agencies involved, the chance of the numbers taking precedence in decision making – in other words the cost, rather than the potential value, or the nuances that people can’t remember properly because there’ve been so many agency presentations – becomes much higher.

Financials becomes the raft that we all cling to. And basing an agency decision too heavily on financials is fundamentally at odds with a proper agency selection process.

Entering via the Door Marked ‘Knowledge’

So if we’re going to sink with too many agencies, how do we run a process with a sensible number of participants?

Well – like the Paradox of Choice, it’s not rocket science. We apply due diligence; we construct the brief and we do the research.

We pre-select agencies on a basis of knowledge, not just the basis of their existence in the same city.

We craft a pre-selection brief that properly considers exactly what’s needed, and which is based on input from multiple stakeholders. Why are we pitching and what do we need?

Not just ‘a great agency’ – but consideration of what’s currently missing and from this, which specific skillsets in a candidate agency need to be pronounced; what do we need to future-proof ourselves; what personality, operating style, experience both current and past; what scalability is required; what kind of relationship do we want to have with our agency?

Based on the answers to these questions – we use our market experience to pre-select a limited, yet well-composed list of potential candidates. To use a horrible cliché – quality over quantity.

Entering from a position of knowledge and ensuring that a manageable number of high-potential candidates are invited is at the heart of strong pitch discipline.

Without it, we’re all at sea.

See all posts by David Angell 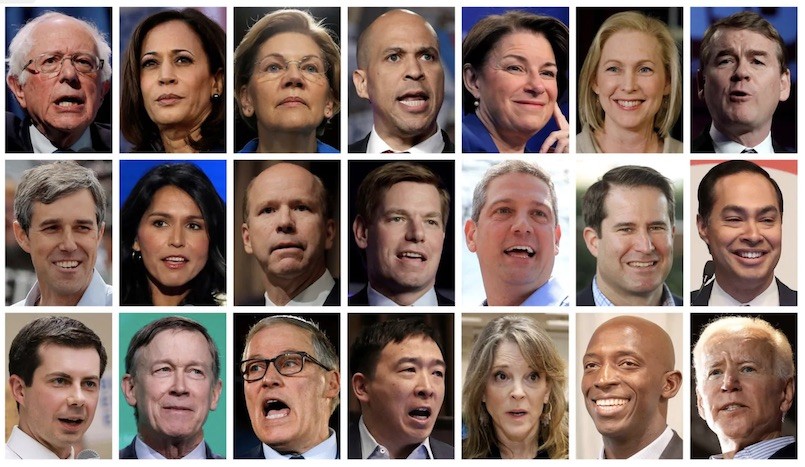