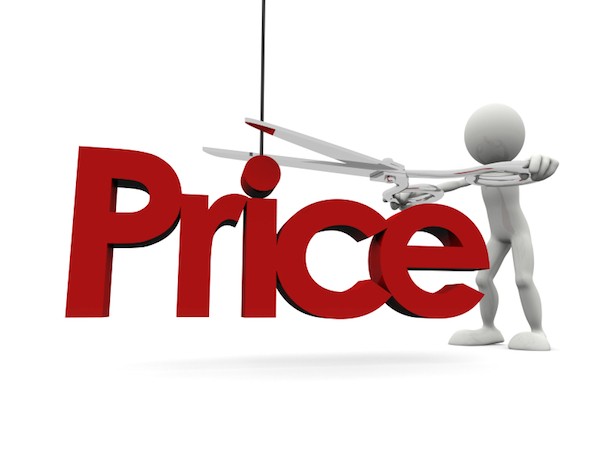 While we regularly work with procurement in developing and implementing marketing procurement strategies within their organisations, we also have times when we conflict, especially when the agenda is clearly simply cost reduction.

Sure, there have been times and projects where we have reduced agency costs, but this has been the consequence of undertaking a process to benchmark not just the agency rates and fees. There are almost just as many times where we have recommended increasing the agency fees and rates as an outcome of the benchmarking process.

We have described how we benchmark agency fees, not just the rates, but also the agency resource levels and also the mix of resources by discipline and also seniority. This means we are able to not just benchmark the scope of work delivered by the agency, we can also calculate the resources level and mix required to deliver a future scope of work.

These benchmarks have been collected and analysed over more then a decade and come from a range of sources and collected within our database. Some of these benchmarks we make available on-line with Ad Cost Checker.

One of the questions that comes up regularly is the validity of the benchmarks. This is a natural reaction to the benchmarking process and quite a legitimate one. One of the default measures of benchmarking robustness is the number of samples within the database pool.

Some proclaim to have huge pools of data, some measuring into the hundreds and thousands of agency / client relationships. Yet often to get a database of this size they have included data that is years old. We retire benchmark data when it is more than 2 years old.

Others use the billing size that the rates come from and this will be in the millions and often billions. Usually this means they have benchmarked a huge global project and in the process have a very narrow and often very low benchmark.

Recently we have noted that there are benchmark sources from Recruitment and HR sources on salary rates. These often lack the commercial realities as they represent the cost of the employee salary without the overhead and profit multiple or the number of annual billable hours to calculate the actual rate.

A test of the benchmarks

One of the ways we monitor the benchmarks, beyond the breadth and depth of the data and the diversity of the sample, is to monitor where our benchmark reports sit against the marketplace, and this is particularly relevant in their application during pitches and when benchmarking incumbent arrangements.

The competitive nature of the pitch means that the agencies are often low-balling their proposals and we see this with the benchmarks often higher than the agency fees by up to 20% or even as high as 30%. When this happens, often the marketers or procurement will question the benchmarks as being too high.

But when we use the same benchmark process to assess an incumbent agency remuneration arrangement we will often find the reverse, with the incumbent fee being up to 20% higher than the benchmark.

It is the fact that in real commercial terms and with actual commercial application the benchmarks sit within the industry range and isn’t this what robust industry benchmarks are meant to deliver?

Hunting for the benchmarks you want

Recently in a meeting with the procurement team at a client, they raised the issue of benchmarks and proceeded to pull out examples of alternative benchmarks they had ‘sourced’ from other suppliers trying to make a like for like comparison to the benchmarks we had provided previously. In fact, it was more than 18 months ago and we were happy to rerun the whole project with the latest numbers.

As they presented each one we asked the usual questions to make sure we were undertaking an apples for apples comparison. It appears their research had obtained a wide range of benchmarks from a wider range of resources, both locally and overseas.

The main thrust of their discussion was that most of the alternative benchmarks were lower than the benchmark we provided. Mind you, many of these fell into the categories above being either old, too narrow, or salary rates only. There were even benchmarks from a company renowned for guaranteeing savings.

Finally we literally got to the bottom line in the discussion. The procurement team, having listened to our explanation of the variances between the benchmarks they offered and ours, then got to the point.

They wanted us to provide benchmark rates that would justify reducing the agency fees by 20% to 30%. They could go to pitch, but it seems that the marketing team did not want to do this.

Of course, we could benchmark the agency again at the median or low benchmark, but this would have to be undertaken with the agreement of the marketing leadership understanding the implication this would have on the agencies ability to either resource or service the business or both.

They have clearly gone shopping for the benchmarks they need and found them. All they want is the cost reduced and it appears that the quality or the sustainability of the new deal is a low priority.

So what would you do?