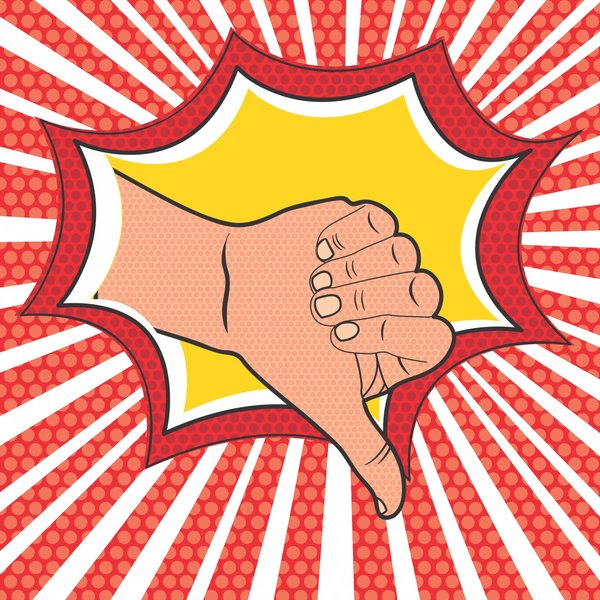 I recently wrote an article about some of the less obvious reasons that an agency, after all the hard work involved, can end up losing a pitch.

Well. After thousands of reads, shares and a number of comments (most of them made privately to me, as is the norm with this sensitive topic) it seems that the article generated some interest – whether you agreed with the content or not.

Of course, whilst account pitching appears simple – get them in for chemistry, give them a brief, get some costs and make a decision – and hey presto! –  if it’s run well and properly evaluated, it’s actually pretty nuanced.

The resultant complexity means that ‘8 reasons’ was never going to fully cover it. Given the interest in the first article and never one to let a good thing go to waste, I thought you might like some more of the same.

As before, I’ve attempted to make what follows about the ‘less obvious’. All are based on direct experience, opinions or learnings I’ve had either on the agency side, or the consultancy side.

1. The agency relies too heavily on ‘insider’ people or knowledge

Sometimes an agency will be selected to pitch as a ‘captain’s pick’ – in other words, because a relationship is held at management level from a previous life. Where possible, agencies will also favour pitch team individuals who should make things a shoe-in – an account director who handled the client in a previous successful period, a creative who produced an award winning ad for the client a couple of years back, or maybe a media trading lead who has just joined from the incumbent.

The assumption is that these people are already liked, a known quantity and will possess knowledge that puts the agency ahead of the curve. I’ve seen this fail for a number of reasons, one being mismatched perception where the agency person thought he or she was liked, when in fact this wasn’t the case.

More interestingly, even if the individual is loved, the client will sometimes see a greater level of knowledge, or a familiarity with its business and working process, as an absolute disadvantage, in context of the fact that it wants a completely fresh approach, untainted by the past. Be sure of your ground, consider the brief carefully and ask the right questions before putting too many ‘old’ faces in the room.

2. The incumbent presents something unbelievable, in context of the current relationship

The position of incumbent agency in a pitch can be seen as a blessing or a curse, depending on the situation. The incumbent who throws all the razzle-dazzle into a pitch, without properly pausing to share an honest appraisal of challenges, failures and opportunities that have happened across the tenure of the existing relationship, is going to come off as being insincere at best, disjointed from reality at worst.

This is where (two-way) honesty, realism and scenario planning can really help an incumbent. Rather than a bright rendition of what immediate perfection will look like, show them how to get there in stages, and what both parties need to do to evolve in the partnership.

3. The agency throws too much regional or global weight

If an agency holds the pitching account in other markets, then it should fully articulate this and use its global knowledge and reach to full advantage, right? Well – not always, and be careful how you do it. Agencies that bring big-cheese style global leads in to pitches, and/or eulogise about how great the work is in other markets, may be shooting themselves right in the foot.

For a start, such an approach fails to take into account any political challenges on the client side between local and global markets. It can also come across as insensitive to specific local market needs, it could make the client team feel like by going with this agency they will be forced to accept global creative adaptation.

Or even worse, it can look like the agency believes that by throwing its global weight around, it will somehow be able to win the business by default. Naturally, what I’ve just described isn’t always the case.

But this is about really listening to the client up front, trying as best as possible to understand any local tensions, and presenting a global element in a balanced and flexible way. It also means, from an internal perspective, resisting saying ‘yes’ to every idea that a global big-cheese has about how the pitch should run. You know the market best.

4. The agency answers the client’s brief too precisely

Wait – what? Seriously? OK, I admit that this is a difficult one. But I did say in the first article that pitches are capricious, right? Anyway. Answering the brief is, of course, the correct thing to do. But if that answer is too precise – if there’s no challenge there at all, if it fits precisely into the black box, it can be counter-intuitive to clients who get a feeling of ‘are they just telling me what they think I need to know?’.

In my experience, a little cut and thrust of challenge, within the right boundaries, can be a very good thing. As can be an answer to a specific brief that has potential legs across a broader product portfolio, campaign extension or similar.

5. In the spirit of challenge, the agency ‘refuses’ to answer part of a brief

Yes, the last point was about lack of challenge. But this can work the other way. I’ve been in more than one pitch where the agency walks into a workshop and declares up-front that it has decided not to answer part of the brief, because it believes that the client is better off doing things a different way.

This is, frankly, an incredibly hard look to pull off without sounding either unbearably arrogant, or that you’ve run out of time/ideas. The brief may not be perfect, but it’s there for a number of reasons. It’s fine to challenge by suggesting that, if things move on, you may recommend that this part of the brief is put to one side for whatever reason – but still, provide an answer so that the client can see the thinking, and the adaptability to the commercial realities that may sit behind the brief itself.

6. The agency provides too much up-front marketing or advertising theory to frame its response to brief

Demonstrating that you’re the experts is part of what a pitch is about. But over-cook this position without getting down to brass tacks, and the up-front presentation about the marketing theory applied to the approach can feel to the client like padding, like a cookie-cutter is being used, or like the team is being patronised.

With regard to the cookie-cutter, I’ve had clients ask me the specific question ‘have you seen them use the same charts in another pitch?’ My suggestion is to go easy on the theory unless explicitly asked to do otherwise, but be prepared to side-bar into such a discussion if the client asks theoretical questions.

7. The agency’s attempts to demonstrate commercial acumen are hollow

It’s obviously a good thing for an agency to consider the commercial implications of what’s being recommended, beyond advertising metrics. You want to sell this many units? Well, our calculations show that this campaign will deliver. Sounds great. But the danger is that the client will see such calculations as too simplistic, or as window dressing.

Common mistakes I see from agencies in this area include too much precision e.g. we confidently predict exactly a 1.235% conversion rate; or dressing up the numbers already in the brief as a sum, to make it look considered; or making too many assumptions within the numbers about what the advertising will do; or being too myopic, to the exclusion of other influencing factors.

There’s no easy answer to this – I’m not saying that commercial acumen, or at least attempting to consider commercial implications, is a bad thing. Some of the best commercially focused responses I’ve seen or have been involved in have:

Across the two articles in this series, I’ve talked about fifteen ‘less obvious’ reasons why agencies can lose pitches. If you think you can add to the growing list, don’t hesitate to shout them out.

How many agencies is too many when it comes to roster size?