How Companies Can Achieve Cross-Functional Integration to Improve Marketing Performance If, like me, your email inbox can run out of control, this is a story about perseverance and making the time to really read the emails before deleting. I try to make sure that each day I have responded to any email actually addressed to me personally.

But in this case Quinn Cooley had written to me and for whatever reason I had not responded. But their reminder email caught my attention because the subject line was [Last Try].

In their original email Quinn wrote “Hope you’re doing well! I work with leading universities and professors to distribute and share academic resources surrounding business and organisational management. I was impressed by the information shared on your site, https://www.trinityp3.com/top-10-tips-for-making-agile-marketing-work-in-your-organization-infographic/, and wanted to ask if you are willing to take a quick suggestion?

I’m working with the New Jersey institute of Technology to share this infographic that details the increasing importance of building cross-functional teams in our world of data. Leading faculty and staff at NJIT visualised the need for organisations to become more integrated and efficient and developed this insightful infographic that outlines how to develop cross-functional teams”.

This is a topic core to the work we do with an increasing number of our clients so I read on and thought it was definitely worth sharing. What especially caught my attention was the matrix organisational approach, which we had developed and applied back in 2011 and shared here on Slideshare.

So thank you Quinn Cooley for persevering and for giving me one last try. It worked.

You can access the NJIT infographic here. Or with permission we reproduce the article and infographic from the New Jersey Institute of Technology here.

A growing number of organisational management experts are promoting the use of cross-functional integration within corporations. Although choosing to adopt this form of hierarchy would require reorganising and redistributing responsibilities, implementing cross-functional integration is an appropriate response to the increasing prevalence of big data and other recent trends.

Why Cross-Functional Integration Is Needed

Company spending on market intelligence efforts is also projected to increase. According to the Gartner CMO Spend Survey for 2016–2017, marketing budgets average up to 12 percent of company revenue and have increased consistently over the past three years.

Approximately 69 percent of respondents expect the marketing budget of their organisations to continue growing. And nearly two-thirds of the surveyed marketing experts expect information collecting and analysing to become more integrated across various parts of organisations.

However, according to a McKinsey analysis of survey data from more than 2 million respondents at 1,000-plus companies, only a small percentage of companies demonstrate a strong level of agility, with 58 percent demonstrating only average agility.

As one researcher has explained, functionally integrated teams are at risk of becoming “cross-functional dysfunctional.” Understanding that this risk exists — and possible ways to get around it — may be key to achieving success.

For a cross-functional team to become dysfunctional, it must have failed to meet a budget, stick to a schedule, stay in line with specifications, align with customer expectations or stay within the bounds of corporate goals.

Cross-functional teams may fail for numerous reasons, including the following:

How It Can Be Done

These cross-functional team structures can take on various shapes. For example, some are getting rid of the middle layers of regional heads to create “centers of excellence” with a particular specialisation. 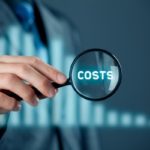 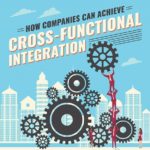