Be it for broadcast television, cinema online video etc, video production is still an important process for major brands wanting to communicate with a mass audience with high engagement. But while digital technology in production has increased creative options, it has also made video production more cost effective. However based on three recent case studies, we have noticed that choice of location is often having a huge impact on increasing the cost of production.

These three case studies are designed to provide insights into the approach TrinityP3 takes in our production assessments with a focus of delivering value on-screen, without compromising quality. In fact in each case we provided options for consideration and facilitated the discussion between the advertiser, their agency and the production company.

Challenging Problem: Set on an ideal tropical beach, it was proposed by the production company that the shoot take place in the Maldives to capture the right ‘look’, but the overall budget was almost three times the original production budget and so the advertiser engaged TrinityP3 to provide a 48-hour production assessment to determine if savings could be achieved.

Creative Solution: Most of the excess production cost was driven by the Director’s choice of location being a shoot on an island in the Maldives where there is only minimal production capabilities meaning that almost all personnel and equipment would need to be shipped to the location. It was a matter of finding a cost effective alternative location that did not compromise the end result.

Process: TrinityP3 reviewed the creative concepts such as script and storyboard, along with the director’s treatment and the cost proposals from the agency, the production company and the casting agents and other suppliers.

The Director had a particular tropical location in mind and had sourced this for the treatment. It was a matter of suggesting alternative locations that would deliver this look in the final production.

Results and Feedback: TrinityP3 understood the need to find a beach location with a a north / south orientation so that the sunlight was at the right angle to the location. We recommended a number of alternative tropical locations in markets with a more established television production industry to eliminate the need for the excessive costs of transport and logistics associated with the proposed location.

Of those offered, the location in Malaysia met all of the production requirements and its proximity to a major city and film industry would deliver a saving of 30% – 40% of the proposed budget. While it did not reduce the cost to the original budget it was certainly a most cost effective alternative.

Observations: The Director was very keen on the Maldives location recommendation and it was a significant obstacle to overcome. It was also highly attractive for the agency and even the Brand Manager to go for a one-week shoot in the Maldives compared to a three days shoot in Malaysia.

Challenging Problem: The concept was set in a department store overseas with the idea of positioning as the brand they wish they had in the capital of fashion. The problem was that to organise a shoot on location overseas and inside a department store (either a real one or a set) was incredibly expensive and more than double the proposed production budget. Therefore TrinityP3 was asked to assess the proposed production and come up with recommendations in 48-hours.

Creative Solution: TrinityP3 looked at the production and identified the two cost drivers were the department store location and the overseas location. If the focus could be one or the other the required investment would be reduced to close to the allocated budget.

Process: TrinityP3 proposed that rather than shoot overseas the main production should be local, being the interior of the department store, which was more than 80% of the screen time. Another 10% was the product shot at the end and only three to four seconds at the opening was used to establish the location.

The two options proposed were to either source suitable library footage of the city and to use this in the opening scenes to set the location. This footage can be matched to the shoot footage. Or a second and smaller unit could be sent to the location to shoot specific location shots. This option would allow for the option of casting a look-a-like in the location and establish them in the location at a distance. The department store interior would then be shot on set locally.

Results and Feedback: The first option reduced the proposed production cost to the budget, while the second option was still more than the budget, but significantly less than the proposed treatment. The agency was concerned that they should shoot on location in a particular store and that to do this on a set would ‘compromise’ the authenticity of the commercial

Observations: Authenticity is a common concern from the agency. But this overlooks the very foundation of film making, which is to tell a story that engages and entertains the audience. The argument for authenticity suggests that the commercial is a documentary. There are times that you may need to deliver this authenticity, such as if you have a particular spokes person (you would look ridiculous using a look-a-like) but we believe that the skill of film-making is being able to tell a story in a particular setting or time period without actually having to go there.

Challenging Problem: The concept required to shoot the voice of people (vox pops) across a wide geography. The issue was that the travel between these locations added significantly to the shoot duration and the cost. The Department decided to provide the details to TrinityP3 to provide an assessment of the proposed cost with a 48-hour production assessment.

Creative Solution: This was logistically complex to shoot more than 24 people in 19 locations across several thousand kilometres of travel. TrinityP3 was provided with the production schedule and the shoot proposal. The vox pops were relatively simple and would be short in duration, although the set up for each was time consuming. We proposed that a small second unit team travel to the locations and do the establishing shots for each location but that the key ‘talent’ be transported to a central location where a number of different set ups could be prepared to then shoot the live performance to camera.

Process: Reviewing the costs it was clear the cost was not the ‘talent’, which was ‘real’ people. The cost was in transporting a full production crew around the country. With a small Second Unit shooting the locations in less time and at a fraction of the cost. The focus would then be on the talent and their performance, which is always a consideration when using ‘real’ people. Rather than shooting in 19 locations we were able to suggest the 19 set ups be created in two locations and that the ‘talent’ be transported to these central locations. Even with the cost of the travel for the talent there were significant savings and a simplification in the production logistics.

Results and Feedback: The original shoot was proposed to run for almost two weeks. The option provided by TrinityP3 would allow the Second Unit to shoot the locations over eight days, while bringing the talent to a central location meant the performance could be shot in three days. This significantly reduced the cost and simplified the logistics.

Observations: The choice of location has significant impact on the shoot complexity and cost. Busy locations, public locations, private locations with limited access all come with associated cost. Then there is the issue of inclement weather and if the location is impacted by poor weather conditions. These are simply issues that can be worked through when you have time.

But we have often found that the most obvious approach will be the one that is recommended because production timelines are under pressure so there is often no time to consider better alternatives. 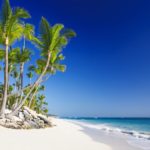