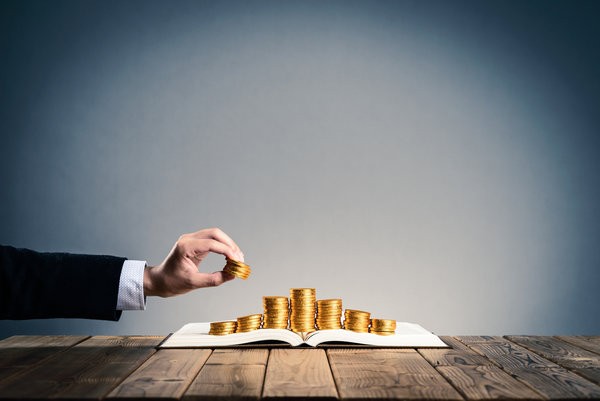 During more than 15 years of agency benchmarking and negotiations two words I have often heard repeated in these discussions is fair and reasonable. Marketers, procurement and agencies all agree that the remuneration model should be fair and reasonable.

It is no wonder these words are so popular, after all they sound fair and reasonable. This is why so many guidelines on agency remuneration, including ISBA in 2006, ACASA in 2009, ISBA and IPA in 2012 and the recommendations of competitors and even ourselves, have all stated and restated that agency remuneration should strive to be fair to both advertisers and their agencies.

Lets explore some of the areas where it often becomes difficult to agree on what is fair and reasonable when negotiating agency remuneration.

The first area of contention is what resources are included in the remuneration agreement and what are not. This is especially true when negotiating agency retainers. There was always a component of agency overhead that was termed “indirect salaries”.

The biggest change within agencies over the past 15 – 20 years is that the number of people and the size of this cost have significantly reduced as agencies have increased productivity.

Finance and other back office functions are often shared and support roles for executives have been reduced, replaced by more technology-enabled self-sufficient executives. The Mad Men days where everyone had a secretary or assistant are well and truly over. Yet some point out that this has meant the opportunity for talent to enter the agency at this level and grow and develop has also been lost.

Instead, these indirect salary costs have increasingly included senior resources such as the agency CEO, Managing Director, General Manager and even Executive Creative Directors and Heads of Strategy. The reason for this is two fold and sits in some cases with the advertiser and their procurement team and other times with the agencies.

This proportion directly recovered the cost of these senior executives, but it also made those executives directly accountable to delivering time to those clients.

But as a negotiation tactic many advertisers and their procurement teams would argue that the senior executive or management resources were not directly contributing to the client’s business and so should not be included in the retainer. That the role of these agency managers was to manage the agency and that their participation on the client business was simply as part of the cost of business.

Then it was simply a matter of moving these costs out of the direct salary cost into the overhead and negotiating the overhead factor down to deliver savings, knowing that the agency management team would come when needed at no extra cost to the advertiser.

But the agencies are not completely blameless in this scenario. It became popular in pitches and tenders for the agencies to make their remuneration proposal look more cost effective by offering senior management free of charge.

In this way they wanted the prospective client to feel they were getting something for nothing, hoping to make up the short fall if possible with a slight increase in the overhead across all remaining agency staff. This practice reinforced the concept that these roles had no direct value to the client. But the strategy was a folly as we move to the next unfair negotiation point, the agency overhead.

From an accounting perspective you would think that the agency overhead would be a definable cost that could be calculated and applied across the agency client base. After all, at any point in time the agency knows their current overhead cost base used to create the overhead factor as a percentage of their direct salary costs for the agency.

But in actual fact within a single agency and a large single office the overhead factor for clients can differ by as much as 100 percentage points. Not because the actual overhead cost varies from client to client within the agency but because each client has negotiated the overhead differently.

The techniques applied to the negotiation on overhead can be as simple as negotiating the overhead multiple and using ‘benchmarking’ as a way to have the agency accept a lower overhead recovery. But if the agency stands their ground on this issue, and few do, the conversation quickly becomes interesting. This is because the discussion moves to what is included in the overhead and what is not.

But there are two specific agency costs that are often argued by advertisers and procurement teams that appear to be unfair and self-defeating.

The first is the agency’s new business expenses. While most advertisers will say they want their agencies to be successful, grow and prosper, they are often unwilling to have the cost of new business or business development included in the overhead. Does that seem fair or reasonable?

For agencies to grow they need to invest in winning new business. New accounts and new clients do not fall from the sky. It takes time and money to build an agency profile, build relationships and build reputations just to get invited to an expensive and time consuming pitch. If you chose the agency through an expensive pitch process, is it not fair and reasonable to contribute through the overhead for the agency to win further clients?

To want your agency to be financially healthy and to prosper and not be willing to contribute to that as part of their overhead is self-defeating. Without new business and growth the agency quickly becomes stagnant, struggles to attract and keep high quality staff and the quality of the work suffers.

It is more cost effective for an agency to develop the staff they have than to recruit higher calibre staff at a higher market rate. In recent times we have seen agencies cut back on their staff development costs because their agency remuneration does not allow them a reasonable budget for staff development. Which again is not fair or reasonable.

It is generally acknowledged that advertising and marketing is a people business. The largest agency cost is the salary bill and associated costs. Does it make sense to slash the agency investment in developing and training their largest asset?

When challenging marketers and procurement on these points I am often shocked when they justify this negotiation strategy on the basis that the agency should pay for new business development and staff training and development, it is just they do not want to have to contribute to this.

Where is the money going to come from if it is not contributed through the revenue from their clients, or without eating into the agency profits? Which is the next point.

What is a fair and reasonable agency profit margin? It is a tough question. Years ago I had a advertiser Media Controller answer me that it was 8%. When asked why, they justified the number by stating that this is the EBIT that their company made. When it was pointed out that while the advertiser concerned had an annual turnover of $50 billion, 8% was still a significant number. But in this particular case the agency was looking at a profit that was just over $100,000.

Scale is everything, especially when you consider the capital investment in the agency. You would have to ask yourself as a business prospect, where risk is high and failure could be just two phone calls away, is an 8% margin before tax a good return? What is fair to the advertiser is often not fair to the agency. In an industry where historically they made 11.1% or more on media commissions and then leveraged a service fee on top, 8% profit is definitely well short of their target.

Most agencies are wanting 20% or better but are accepting less in the hope that having the client means there are opportunities for increasing this agreed margin, either through lowering internal costs or looking for other revenue sources such as kick-backs and rebates from third party industry suppliers such as media publishers and production companies.

The other issue here is that the profit margin may be calculated as a mark up rather then a margin, which impacts its size and can be calculated here. Then on top of this is also tax, which can have a huge impact in some markets over others. But the bottom line is literally the financial viability of the agency. If an advertiser is genuine in their commitment to having a healthy, productive agency relationship and not just providing lip service to being fair and reasonable, then the issue of profit must be addressed.

About five years ago the issue of agency payment terms hit the headlines as advertisers pushed their agencies from 30 days to 90 days and more. This is an issue, which according to a recent survey has not improved, but has in fact gotten worse with more global companies increasing their standard payment terms for agencies and other suppliers.

This is an issue that not only affects agencies, but all suppliers to these large corporations, including TrinityP3. It is an issue we address with our clients and one that is increasingly difficult to manage. The reasons for extending payment terms have included:

Is it fair and reasonable to manage your own cash flow problem by simply pushing the problem on to your smaller suppliers? Or is it being a good corporate citizen? Effectively these companies are passing on their problem to their suppliers who are effectively funding their liquidity.

Is it fair or reasonable that in cutting their own cost base in accounts and reducing or outsourcing their accounts payable they can no longer meet the reasonable expectations of their business partners? Is it fair and reasonable to ask the agency to deliver on time and on budget only to wait for payment because you have neither the time nor the resources?

And the most cowardly of the three is where when challenged, the advertiser, or more likely their procurement team member, says it is simply company policy and there is nothing they can do.

As employees of the company you would hope that they get paid weekly, fortnightly or monthly. Certainly I have an obligation to pay our consultants monthly and this is irrespective of when I get paid for the work done and the value delivered.

Time to stop talking and start being fair and reasonable

Anyone can look like a good person by agreeing with the principle of fair and reasonable remuneration for agencies and suppliers. The fact is that for many years the subjective decision on what is fair and reasonable has been with the advertiser and their procurement teams. This has created a huge gap between the expectations of the advertiser and their agencies, breaking down the concept of partnership and shared values and purpose.

Of course the devil is in the detail, but simply stating that you agree with it in principle is not enough. From my perspective the issue can be addressed by the application of empathy – placing yourself in another’s shoes.

To create a sustainable and high performing relationship with your agencies is not about negotiating a win / lose outcome, but a win / win solution. To do that is to understand and have empathy for the other party and negotiate on how to create a mutually beneficial solution.

TrinityP3’s Agency Remuneration and Negotiation service ensures that the way in which you pay your agency is optimal. Learn more here