A recent interview with Professor Gary Lilien in Marketing Magazine on marketing analytics and the scepticism that still hinders its universal adoption got my attention. Not because of the issue, but because I have been longing to get to the bottom of why marketers are so sceptical. (I have my own hypothesis, which I will share below).

He believes it is due to insecurity due to a lack of understanding of how marketing analytics works.

I have joked a couple of times here that “72% of people are fooled by statistics” yet data and therefore statistics is an important foundation for marketing and understanding the market place. Time and again I hear about marketers struggling with or even rejecting data because it is often too confusing and therefore offers them no value or that the insights derived from the data conflict with their beliefs and so they reject its validity.

But three occurrences have formed my hypothesis on the cause, which is “The reason people reject data and data insights is because they are used to and accepting of the misuse of data and therefore distrust it”.

After all, a casual or other misuse of data to convince or persuade an audience that you are correct, could result in increasingly devaluing the role of data for yourself. How many times as marketers and communicators have we approved statistics and facts such as 100% organic or 35% salt reduced or nine in ten professionals recommend, not to inform, but to persuade, influence or perhaps mislead?

Is it this casual and acceptable manipulation of data that has undermined the credibility of data and the data insights, or is it simply insecurity and lack or understanding? Let me share three very concerning situations that led to this hypothesis that it is a lack of credibility.

My wife is fascinated by real estate prices because of the personal and financial investment and because home ownership is a cultural driver. There has been much talk recently about the real estate bubble or at least a pending correction looming on the horizon based on the various economic factors.

But the other day she read a report online where the headline declared that the market was stronger than ever because the previous week there had been a 100% auction clearance. This meant that 100% of all properties going to auction were sold, which seemed to buck the trend to date of a softening in the market.

She shared this with me and commented that many of the comments below the report were from people happy to hear that the market had strengthened. I would assume they are home and property owners looking to ensure their investment was strong.

I asked her who had written the article and she told me it was one of the major real estate companies, which raised a red flag. Clearly the author has a vested interest in talking up the market. I also wondered how many auctions there were that week (checking the sample size) and she scrolled down the page to find buried near the end that the result was based on about 40 sales.

There was no indication of how this compared seasonally and the only comparison was that this was a significant improvement on the 70% clearance rate seen in the previous 3 months.

It was simple to check what was the average number of properties sold each week in the market, which you may not be surprised to find was 20 times higher than the week reported. So how does 100% of 40 sales compare to 70% of more than 1,000 sales?

Yet for the people who commented on the article, who had clearly read the headline and perhaps the first paragraph, they clearly believed this was a sign of a strong real estate market. Had the data lied? Were they misled?

My inbox is littered with email from companies asking if I could ‘partner’ with them in promoting their services to our client base. While we are always interested in what services are available to marketers, we never enter into any type of financial arrangement with suppliers that would compromise our complete and total independence.

Out of the many hundreds of emails that arrive from technology companies and SEO companies and the like, one from an Entertainment Agency in the USA really stood out because it was short, to the point and quoted some very impressive statistics on their following in China.

More than 150 million followers on Weibo was a fairly impressive claim for an agency that promoted the digital rights of a wide and diverse range of American celebrities and performers. And these 150 million were not just Chinese people but premium millennials.

It did not take much for one of our Chinese team to check the veracity of the claim only to find out that their Weibo site had just slightly more than 200 thousand followers and that recent posts only received around 50 likes and 5 comments on average.

While these numbers appear impressive, you need to remember that like all social media, but particularly in China, there are businesses that make significant revenue selling followers on Weibo, often called Zombie Fans, because they are virtually the living dead.

We challenged the author of the email on the numbers and got a reply that the numbers were an aggregate of the hundreds of celebrities they represent and that the site he had provided the link to was simply a promotional site.

Now without checking the site ourselves, and just taking the email at face value, would we have been misled? Would the data have captured our interest even if it was misleading?

“If something is too good to be true, it probably is”.

Writing an Award Entry is an exercise in persuasive writing, with the objective of persuading the judges to select your entry over the other contenders. In creative awards a work has to speak for itself. In strategy, media and effectiveness awards the work requires explanation and context for the judges to make an informed decision.

But it seems incongruous to me that effectiveness awards are not judged on results. Sure, there are results provided, but these results are provided by the entrant and are not required to conform to any specific format or be presented in any specific way, making like for like comparison next to impossible.

The last time I judged effectiveness awards I was frustrated by statements like “This campaign led to a 45% increase in sales”, yet no base was provided, no seasonal or year on year comparison and no analysis of the overall market were provided.

It would seem to me for a marketing activity or investment to be considered effective it would have achieved specific, measurable objectives. Yet time and again the entries lacked specificity, independent measurability or industry context.

Of course I understand the reasons for why much of the data and analysis required to assess these entries is missing. Commercial confidentiality is the primary issue and the secondary one is the time frame for results. Work being judged this year often has to have been executed in the same year and yet longer term results may take a year of more to be measured in any significant way.

I have recommended to a number of award organisers that if they want to get serious about rewarding and acknowledging marketing and advertising effectiveness then perhaps they should be engaging one of the major accounting firms to be collecting and analysing the industry and organisational data, under a strict confidentiality agreement and providing a relative metric or index to ensure robustness in the data.

From my own experience the discussions on effectiveness awards were heavily influenced by the profile of the brand or campaign rather then the data provided, which was usually lacking to make any certain assessment on the very thing we were supposed to be rewarding – effectiveness.

When a high profile campaign was awarded an effectiveness award by our judging panel, even though the entry stated it was too soon to measure the outcome, I realised that data and analytics played such a small role in this assessment of effectiveness to render it pointless.

“Be careful what you measure”

Along with Professor Lilien, they all agree that it is not simply a case of “data or not data”. It is not Mad Men or Math Men. But instead the two work hand in hand. Data analytics and insights provides quantifiable measures of behaviour, trends and performance from which a hypothesis can be drawn. For me this is the creative process in science.

But what is it stopping marketers from embracing data and analytics if you do not have to give up one to embrace the other. Is it because you don’t understand it, therefore you don’t trust it?

Or is it because you have seen it manipulated and misused and therefore cannot rely on it?

Either way, it is the way forward and we are increasingly working with marketers and their teams to integrate the two to deliver increased performance and improved results.

So what is stopping you?

Are you struggling with the complexity that digital and data offer to business? Let TrinityP3 make sense of the new digital ecosystem for you

Have you thought through all aspects of your Martech strategy? 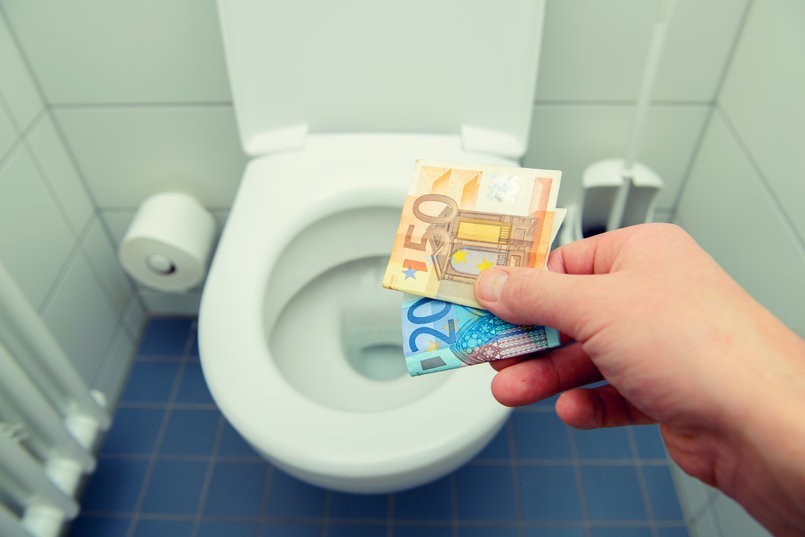 Stop flushing money down the toilet with your marketing technology investment