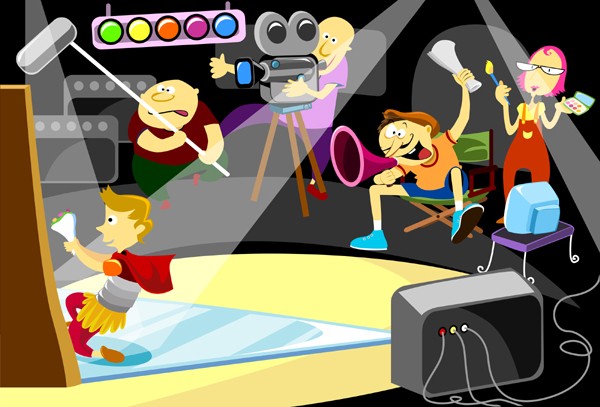 I have recently noticed that many production companies are adding equipment and crew that are not required, and are thus over-resourced for the level of production needed to produce a TVC as storyboarded.

Do you need to be prepared for any creative variation?

With the demise of 35mm film as the main capture medium for the commercial world, cameras have become lighter and natural light has become a viable light source. This means less equipment and less crew.

The feature film equivalent is the main unit that has all the bells and whistles crew and equipment wise, versus the second unit. The second unit has less crew and less equipment and yet they can produce footage and whole scenes that can be cut into the footage produced by the main unit without any loss of quality (artistic or technical).

Feature film main units carry the full complement of equipment based upon the premise that film making is an organic process and they need to be prepared for any creative variation that the director or even an actor may throw at them.

In the commercial world things are different. Every frame should be storyboarded but this does not mean that creativity has to be stifled by the TVC process, it is just that creative variations should be discussed and embraced, or rejected before the shoot. This means that no unnecessary equipment or crew is factored into the budget and no time is wasted shooting footage that will not make it to the cut.

Why are crews with all the bells and whistles in a budget?

There are several reasons why the crew with all the bells and whistles are in a budget. One is the director requires the full deck for his or her own ego as they want what mainstream feature film directors have at their disposal on a shoot, or they just feel safe in a crowd. It is usually the high-end “name” directors that demand over scale crews.

Sometimes it is even the agency that wants a “Hollywood” crew to perpetuate the myth that film making is a labour intensive industry and this is why their clients have paid big dollars in the past and this is why their clients will continue to pay big dollars into the future. I myself have been asked by an agency to supply a full bells and whistles crew so that the client would feel “special”. When I informed the agency that a full bells and whistles crew would cost an extra $7,000 the agency soon lost interest in that “special” feeling.

Some producers are now employing multi-skilled crew members to help control costs, for instance, one hair and make up person or a director / cameraman and the rise of the gaffer / grip. Once where there was a camera truck, a lighting truck and a grips truck there is now only the equipment van. The producers that embrace the multi-skilled crew and know exactly what equipment is required can make or break coming in on budget.

How do you know when unnecessary equipment and crew are in a budget?

So how does a marketing or procurement person, or even the agency creative or producer, know when unnecessary equipment and crew have been factored into a budget? Well, unless they have extensive production knowledge then it is impossible to know.

Even if they have some reason to suspect that the budget has been loaded with unnecessary equipment and crew, the production house producer will usually reply that these extras are necessary for logistical reasons or they are union requirements.

These excuses in many cases are just not true.

What is your total annual production budget across all brands?

There are several ways to combat this problem. Which one is right for your company usually depends on the total annual production budget across all brands.

If you have between $1 million and $5 million spend on production you should find suitable freelance producers that embrace cost effective budgeting measures and will work directly with you on a per production basis for a fixed fee. There are several mid-sized advertisers in Australia that work this way and very cost effectively already. There are of course independent consultants that can source the right personnel for you.

If your annual production spend is less than $1 million it would be wise to get each production budget independently assessed for a fixed price.

It should be remembered that directors and their producers are self employed, they do not receive an annual salary like most of the people they service. Wanting to do the best job they can for their client is paramount to their mindset, closely followed by maximising their profit margin because sometimes it’s a long time between jobs. This is the reality of the production industry today.