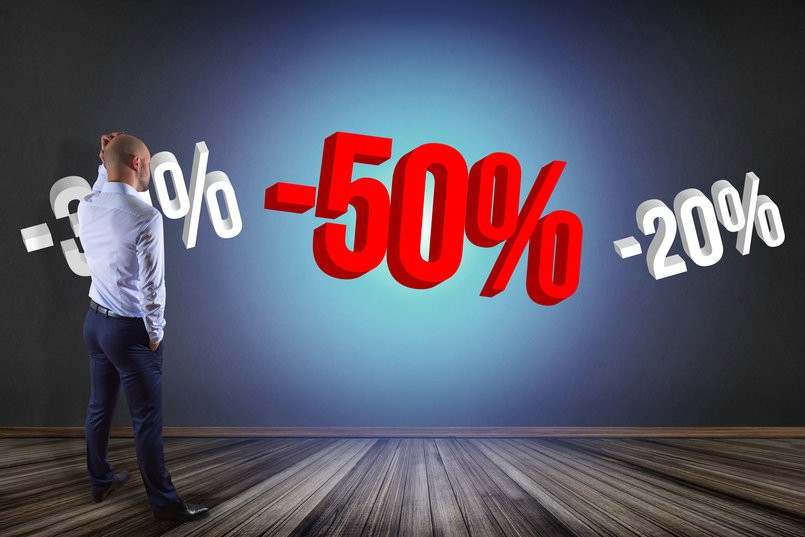 In almost two decades of managing agency pitches on behalf of advertisers, it is rare for the objectives of the process to be simply about cost reduction. Procurement may want to go to market to ensure the market price being paid is competitive, but it is rarely primarily about price. The process is usually firstly about selecting the best-fit agency and then the commercial arrangements are negotiated.

This is exactly what is wrong with the competitive pitch process. The final step in what is supposed to represent due diligence and good governance often becomes reduced to negotiating and selecting the lowest possible price. The process should be about selecting the best solution, but in the absence of tangible and measurable quality the power of price is compelling, especially for marketers under budget and performance pressure.

An example of the power of price

I was working with a very senior CPG marketing team when they were looking to change their creative agency due to chronic underperformance. (The reason for the underperformance was poor agency fee structure, but that is for another time.) We had benchmarked the proposed scope of work at $4 million based on the Scope Metrics TM. The client budget was half that and so we worked with the marketing team to eliminate all the nice-to-haves to get to the core scope of work valued at the budget.

Against our advice the marketers were determined to include the incumbent and when we got to the final three, including the incumbent, at the end of the strategic workshops it was clear the other two agencies were predictably far ahead. Each agency was provided with a proposed resource plan based on the scope of work to prepare a fee proposal. At the meeting to decide the winner the marketers had a clear favourite and a runner up with the incumbent a distant third.

Then we presented the financial proposals against the provided resource plan. The preferred agency came in at 20% over the budget fee and the runner up was 5% above. Both of these were acceptable based on the quality of the teams and left room for negotiation. The incumbent was less than half the proposed benchmark fee with all senior resources proposed for free.

The marketers were amazed and talked about how this was effectively three or four extra campaigns until we pointed out that the whole purpose of the process was to replace the incumbent. To use a car analogy, they drove into the process in a Ford Festiva, they took a Benz and a BMW for a test drive, and when they saw the sticker price they decided to stay with their old trade in.

Why price becomes the differentiator

We have written previously about the strategy some agencies use in a pitch to poison the process with ridiculously low financial proposals to either win / retain the business or make sure the winner will need to match – or at least heavily discount – their fee to win. It is often worse for media agencies than it is for creative agencies, but as we have seen, media agencies have opportunities to earn revenue off the media buying side through kick-backs, commissions and rebates.

It is the very use of these media side payments that compromises media neutrality and creates an atmosphere of distrust in the lack of transparency. Yet when a media agency comes forward with a proposal that is half the price of their competitors it can be accepted as completely normal business practice.

It is also more common in media where the outputs or deliverables of both the pitch process and the relationship are often intangible for many marketers. Unlike creative agencies where there is a visible output in the form of the creative work, media strategies and plans are often complicated and difficult to interpret, let alone comparing like for like in a pitch process.

While chemistry plays a significant part of the decision making process in selecting an agency, it is the tangible outputs that are the rational support for that decision-making and selection process, or more importantly in the justification of the decision within the organisation. Therefore in the frequent absence of a tangible differentiator, beyond the chemistry and alignment between marketer and the preferred agency, is it any wonder that price is such an influencing factor?

It is why when procurement is involved in the process the analysis will focus on quantifiable metrics such as average cost per FTE (Full Time Equivalent) and hourly and rate card rates. These are price metrics and not value metrics-  in the absence of quality components such as outputs and deliverable, seniority mix etc. Also, there is almost never a measure of productivity based on the outputs to be delivered by the agency during the contract period. (This is what the Scope MetricsTM provides in the form of a robust industry based measure of agency productivity against a quantifiable scope of work.)

So when one of the short listed agencies is willing to sacrifice revenue to win the business then it is a powerful influencer in the selection process. If it doesn’t actually swing the selection of the discounting agency, it significantly influences the negotiations with the preferred agency with a belief that all agencies should be willing to match the price.

Rather than good governance it is poor diligence

Increasingly many organisations are taking their agencies to market with a tender at the end of the contract period as being a requirement of good governance. But in the absence of a robust quality measure or even a productivity measure, then is it good governance? Or is the process reduced to cost reduction in the absence of quality? Any fool can buy cheaper, but the skill of procurement is to buy the same or higher quality at a lower price.

If this was truly a program of good governance there would be a component that would ensure an evaluation and comparison of value being based on cost and quality, or at the very least productivity, based on price or cost against outputs.

But as we have hopefully demonstrated here, in the absence of these is it any wonder that while the process may not be initially price driven, it will always default to price in the end? In a highly competitive market with so many agencies competing for a share of the marketing budget, it is unfortunate that the procurement process is rewarding the desperation of those agencies, rather than delivering the outcomes marketers desperately require to drive growth for their brands and organisations.

Of course there are alternatives. It is possible to bring diligence and good governance to the agency tender process, but more effective would be to use the tender process either to select new supplier capabilities as required, or to replace a supplier relationship that is beyond repair.

There are more suppliers in the media planning and buying process today than ever. Selecting the right agencies and suppliers is essential. Learn how we can help you here