Recent reports in the trade media have raised questions over the accuracy of the award entries of a particular multi-award winning agency. In fact it appears that this agency has continued to win awards overseas with questionable and inaccurate claims.

Now the agency CEO has stepped aside it is time to discuss the implications this has for agencies, the industry and their clients. Accusations of behaviour like this undermines trust, not only in the agency involved, but in the award process and the industry at large.

So we wanted to know how widespread is this type of behaviour?

So as you can see, while the sample is relatively small and highly selective, the vast majority (54.55%) believe this happens often and  significantly 78.19% believe this is common practice. So in our ‘post truth’ world and an industry that is known for the famous McCann WorldGroup motto “Truth Well Told” what does this mean for the industry?

While we have previously commented on the growth and relevance of Industry Award Shows, there is a particular implication here for those shows that increasingly require support information for the entries to be judged. Unlike creative awards, where largely the work had to speak for itself, more award shows and more categories in these shows rely on support materials to assess the merits of the entry.

Creative awards categories including campaigns and many multichannel and digital media awards come with extensive explanations or even more compelling, professionally edited, narrated and emotive music videos to support the entry.

In the increasingly popular effectiveness awards and the Agency of the Year awards, they are almost entirely reliant on these written entries and highly polished and compelling videos so that the judges can assess the merit of the entries.

But without rigorous verification are we simply taking the word of the entrant on the accuracy of what is presented? If so, does this mean that this type of award process is fatally flawed?

Without independent verification on what is submitted, it means that perhaps the most convincing entry will win, even though much of the ‘fact’ that makes it so convincing has been exaggerated or even fabricated.

It calls into question the validity of all of these award results, from the selection of the Agency of the Year to the effectiveness Awards. If the only validation of the award entry is based on the entrant being honest, objective and fair then clearly the perception that entrants ‘often’ exaggerate, enhance or lie in their entries completely undermines the value of these awards as a measure of achievements or recognition.

Advertising Agencies and other Entrants

Agencies enter these award shows for industry recognition. Recognition that raises their profile to win new business, attract new staff and retain existing staff. Much time, effort and cost goes into entering these awards. But we have seen recently that many of the major holding companies and agencies are rethinking the award process.

Last year at Cannes, Publicis announced they would not be entering awards to redirect the funds and resources into building their own internal AI. WPP questioned the value of the awards and placed the Cannes Festival on notice they would review their participation. This led to the Cannes Festival reviewing the award process and announcing changes to this year’s festival to address some of the concerns raised.

With more than 700 industry awards available for entry globally, you have to ask are there too many awards and does the apparent excess of awards diminish their value even further?

From an economic viewpoint, clearly not, as agencies appear to be willing to enter and financially support as many awards as possible, in the hope of winning. In fact you would reason that the less rigorous the award show and therefore the easier to win, the more likely some agencies are to enter.

But when in some markets you have three or more different award shows all offering Agency of the Year awards, does that make winning one or more of these awards more or less valuable?

There would be very few marketers who are not happy to see their agency receive industry recognition. It reinforces for them the reason they are with that agency and they enjoy seeing their agency celebrate. But equally there are also very few marketers who care very much for these industry awards. As one high profile marketer cynically said “Awards are given for excellence in entry writing, not excellence in advertising”.

Agencies do themselves and the industry a disservice too in the way they try to leverage their awards investment and results. Too often the same exaggeration, truth enhancements and outright lies that have been seen in award entries make their way into agency credentials documents.

It is not unusual for several agencies in a pitch process to all say they have been awarded Agency of the Year, but it requires almost forensic examination of the credentials documents or a detailed industry knowledge to discover that this will be based on different years, different award shows and even entries into different regions.

Or the claim that the agency has won more effectiveness awards than any other likewise requires significant effort to discover the factual basis on how this claim was made. No wonder marketers give up and completely ignore award based claims or at the very least nod in acknowledgement that the agency is obviously very good at writing the award entries.

Certainly award winning agencies get publicity in the trade media and therefore marketers become aware of the agency placing them potentially on a consideration list for selection. But you would have to wonder if the number of awards, the confusion over what the awards mean, the questionable practices agencies may take to win awards, does simply diminish the value of the awards across the whole industry?

That brings us to the role of the industry media in all this. Award shows are run by generally two different groups; industry bodies wanting to champion excellence, promote their category and raise much needed funds, and commercial enterprises using it to generate publicity and revenue for their organisations.

I will declare that for four years I was a committee member of the MADC and President for two of those years, and a successful annual award show would set up the Club financially for the year. Several years ago the club decided to stop having awards for a number of reasons, and some in the industry feel the loss.

Around the globe award shows are being run and promoted by commercial entities, often with trade media interests. Why? Because as the advertising model struggles to support their publishing efforts, they have found a new and lucrative option in Award Shows.

In the past they would report on the Award Show results from the industry body awards, often being their media partners. Today most run their own Industry Awards in competition to the industry bodies and each other to fund their financially unsustainable publishing efforts.

But it calls into question the role of the Industry Media. For many, they like the industry media to simply be a champion or the cheerleader of the industry publishing press releases and sprinkling recognition, which sits very comfortably with their role as the organisers of these industry award shows.

But at a time when people are questioning the role of the media, or the fourth estate, in society, it is perhaps also time to question the role of the industry media too. Is it simply there to show the industry in its best light and provide a platform for vested interests to promote their latest wares? Or is it also to ask the hard questions and hold people accountable to a higher standard and to expose questionable practices and behaviours?

Agencies are just being agencies

Perhaps the answer is in the McCann motto “Truth well told”. Agencies have the job of making the ordinary extraordinary. They make the bland compelling. The every day is made interesting. Can we really expect them them not to do the same when it comes to award entries and credentials documents and presentations?

The question is who is going to examine the claims they make up to a due level of diligence? Is the industry media still able to play this role? Or is this all just acceptable behaviour in a post truth world?

TrinityP3 provides advertisers with rigorous and detailed insights into agencies in the market. Find out more here 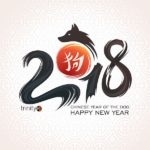 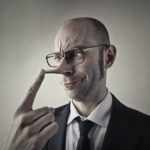