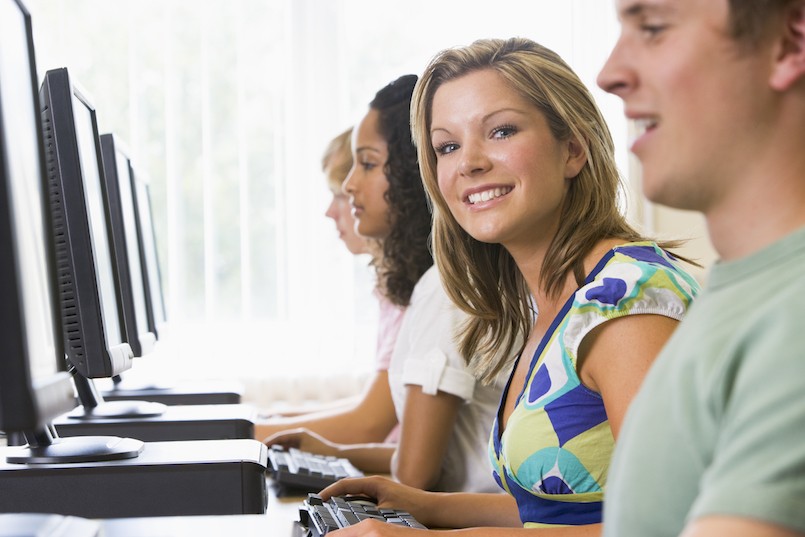 Marketers are realising that to meet the needs of their marketing strategy they need to have collaborative teams within their marketing and with their agencies. For regional and global marketers collaboration has also become incredibly important to ensure maximised strategy impact and to reap the benefits of the economies of scale.

A decade ago, TrinityP3 developed the Evalu8ing system to help marketers measure, manage and maximise engagement, alignment, collaboration and performance between the teams in their charge.

While some marketers use Evalu8ing to manage their agency relationships and their performance, there is also a growing number of marketers using Evalu8ing to measure and manage the marketing function in their organisation within markets, across regions and around the globe.

Here are four case studies that demonstrate some of the various ways marketers have been using Evalu8ing to increase marketing performance within their organisations and with their agency suppliers.

Challenging Problem: Through our partners in the USA we engaged in a global project with a software company wanting to identify and assess the functionality of their marketing structure and process as there were on-going rumblings from various markets.

Creative Solution: While the reported complaints had been general and poorly defined there were some key issues that appeared to be recurring across various markets. It was proposed that we would run a series of Evalu8ing surveys: one in each of the four regions and then the global – EMEA, North America, LATAM, Asia Pacific. Most regions had between 6 and eight markets and the global survey included the four regions and the global team.

Process: Working through the issues we created a set of statements to test the level of engagement, alignment, collaboration and performance between the various marketing teams at a market level, regional level and global level.

We identified the key stakeholders within marketing at each level and launched the survey globally and had it open for 10 business days. Within each region the majority of marketers were engaged and then the senior regional personnel participated in the global marketing survey. This meant that most marketing stakeholders only participated in one survey.

A survey took between 15 and 20 minutes to complete, including scoring and providing narrative and achieved a 97% completion rate across more than 250 global participants in 43 markets.

Result and feedback: Reports were generated from the system for each region and for the global team within five days of the survey closing. It was clear from the results there was little engagement between the global team and the regional teams in each of the markets. Some markets were particularly misaligned to the global marketing team.

There were specific issues associated with communication and collaboration with the global marketing team. Interestingly the closest relationship was North America and the global team as the team was located in the US market and Asia Pacific, but there was much weaker alignment between LATAM and EMEA with the Global Team.

Based on the specific reports, changes were made to not just the marketing team structure but more importantly the way the Global Marketing Strategy was developed and implemented.

Regional alignment of marketing teams for a global chemical company

Challenging Problem: With the regional head office of this chemical company located in an APAC market, and seven markets in the region reporting to the head office, there was a feeling that the regional markets where not aligned to the corporate brand strategy with poor brand consistency and integration. 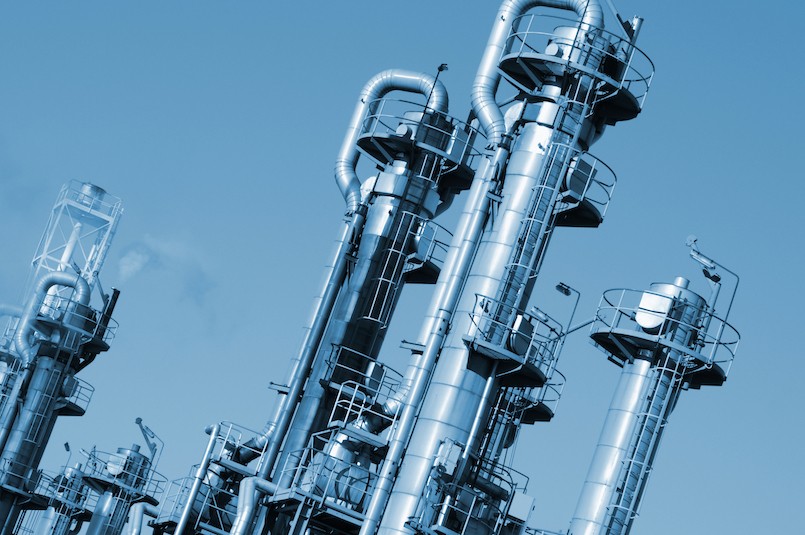 Creative Solution: We recommended the use of the Evalu8ing system using a panel of statements to have each market provide feedback on how they work with the regional head office and how they worked with each other. We also separated the Regional Head Office team from the Local Market team, even though they shared the same office, to get a clearer view of the relationship. Even with this configuration we were able to accommodate the eight teams (seven markets and regional head office) in one survey.

Process: We used a standard panel of questions with global response benchmarks as this was an important feature for the client. The statements tested engagement, alignment, collaboration and performance between the various marketing teams within the region.

We identified the key stakeholders within marketing at the local and regional head office level and launched the survey and had it open for 10 business days.

A survey took approximately 20 minutes to complete, including scoring and providing narrative and achieved a 92% completion rate across more than 90 participants in in the seven markets.

Result and feedback: A report was generated from the system within ten days of the survey closing. It was clear from the results while the local markets were aligned and collaborating with each other there was little alignment with the regional head office, except for the local marketing team located in the same offices as the regional team.

Challenging Problem: A large telecommunications marketing team of more than 100 markets is responsible for multiple brands across all aspects of the marketing from product and pricing to customer analytics and communication. They wanted to develop a way to increase engagement, collaboration and agility. 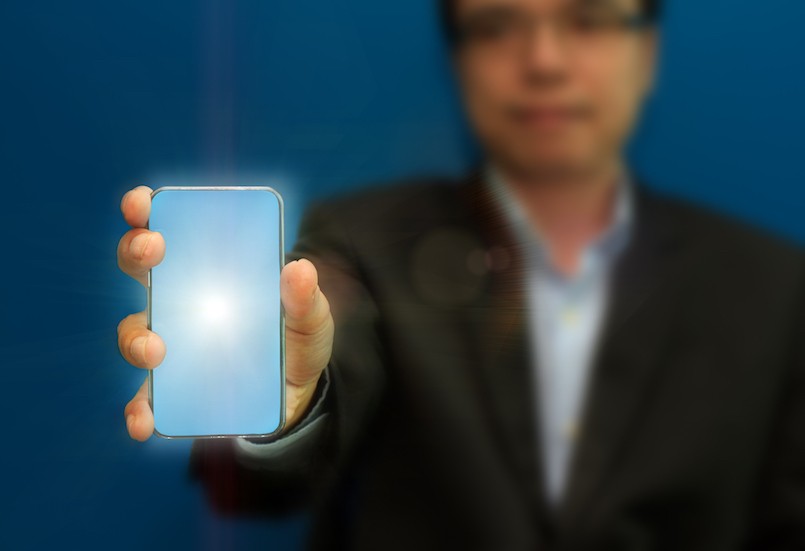 Creative Solution: We proposed to implement the Evalu8ing system on a six monthly basis to provide each of the marketing team (eight in total) the opportunity to evaluate each other and provide feedback on how well the teams were aligned, engaged, communicating and collaborating. Each of the functional teams in marketing evaluated each other against the same set of criteria.

Process: We used a customised panel of questions that tested engagement, alignment, collaboration, communication and performance between the various teams within marketing.

All people within marketing participated in the survey. We launched the survey and had it open for 10 business days.

A survey took approximately 15 – 20 minutes to complete, including scoring and providing narrative and achieved a better than 90% completion rate across more than 100 participants in in the eight different functional teams.

Result and feedback: Over a three-year period we ran the Evalu8ing survey six times at six-month intervals. Within ten days of the surveys closing a report was prepared that provided both scores and narrative from the system. On the second and subsequent rounds of the Evalu8ing survey we were also able to track the trends in the data.

It became clear from the results, which were shared in a workshop with the heads of the functional teams within marketing, that marketing was operating in a linear approach and within silos leading to protracted processes that often became critical closer to the annual product launch due to the lack of collaboration in marketing.

Over time these silos started to breakdown with a more aligned, collaborative and integrated approach. In the words of the CMO, he knew the Evalu8ing process was having an impact on encouraging collaboration when he saw people from different teams within marketing sitting together at lunch, when previously they would only ever lunch with their own teams.

Challenging Problem: With multiple brands and an expanding roster of agencies the marketing team felt that rather than becoming more collaborative the process had becomes mired in process, even though they had appointed lead creative agencies on each brand. 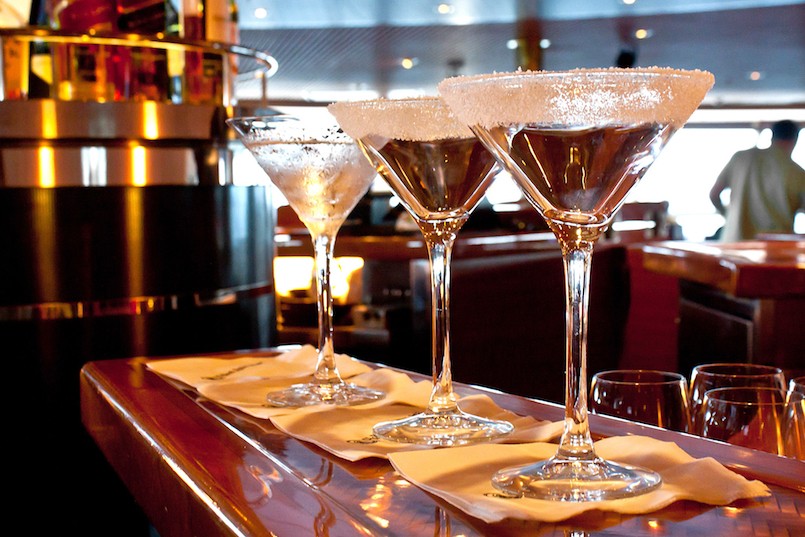 Creative Solution: There were four key brand teams and two lead creative agencies, one media agency and a digital agency making eight teams in total (four marketing teams and four agencies). We recommended two rounds using the Evalu8ing system. There was an initial round to diagnose the issues and then a second and follow up round six months later to determine the impact.

Process: We used a customised panel of questions that tested engagement, alignment, collaboration, communication and performance between the various brand teams within marketing and the four agencies.

All people within marketing and the agencies participated in the survey. We launched the survey and had it open for 10 business days.

A survey took approximately 15 – 20 minutes to complete, including scoring and providing narrative and achieved a better than 96% completion rate across more than 180 participants in in the four brand teams and four agencies.

Result and feedback: The reports were generated from the Evalu8ing system within ten working days of the survey closing. These reports were provided firstly to the marketing leadership team for review and then shared with each of the agencies. Thirty days after the survey closed in the first and second round a workshop was held with all the leaders of the brand teams and the agencies.

Round 1 showed that two of the brand teams were highly regarded by the agencies. But more importantly the agencies felt that the lead agency model was not encouraging collaboration as in both cases the creative agencies had interpreted ‘lead’ to be command and control. In the workshop the brand team leads encouraged the agencies to work more collaboratively together.